Tuesday night one man infected three women with HIV, the virus that causes AIDS. And while you may have heard that heterosexual AIDS is predominantly a disease of the minority underclass, these women were model-pretty whites as unlikely to spend time in a housing project as they were likely to spend it at Nieman Marcus. It was incarnate the heterosexual explosion we have been warned about. Fortunately — or unfortunately depending on your viewpoint — it occurred only in television wonderland, specifically NYPD Blue.

For a show that has built its reputation on gritty realism (along with an endless procession of naked butt shots) such fantasy was out of character. Yet it was par for the course for the nation’s "AIDS Awareness Week," which this year, like every year, was devoted not to awareness but ignorance. Yet pity the poor propagandists, for while they don’t know it yet, they may be nearing their last hurrah.

Oh, the year started out nicely enough, with a massive media blitz in February. As CNN put it, "The number of new AIDS cases in the United States grew even faster than anticipated last year.

The Centers for Disease Control and Prevention [CDC] had expected a 75 percent increase partially because of a new expanded definition of the disease. New AIDS cases actually jumped 111 percent last year because of a sharp increase in infections among heterosexuals." Further, said CNN, "AIDS resulting from heterosexual contact in 1993 rose 130 percent."

In fact, the entire increase was due to a new expanded case definition that the CDC implemented in reaction to activist pressure. This definition greatly speeded the rate at which new diagnoses came in, and was targeted toward the spectrum of illness seen more often in nonhomosexuals, especially women.

Further, using the pre-1993 case definition there was an actual drop of 2 percent. The CDC did report this, but the media ignored it en masse. The media also didn’t point out that even with the new definition, the total of 361,000 cases fell far below the original CDC prediction of 450,000 cases by 1993. The prediction made front-page headlines. But a search on the Nexis computerized data base showed not a single newspaper, newsmagazine, or televison news report mentioned the prediction’s failure.

This year, in part because the epidemic is truly declining, and in part because the 1993 definition accelerated diagnoses that would have been made in 1994 and 1995, AIDS cases at midyear were off by one-third. This goes for heterosexual cases, as well. The data were made available to hundreds of reporters at the international AIDS conference in Japan. Yet only one reporter at one news outlet, Joyce Price of The Washington Times, decided the public deserved to hear it. 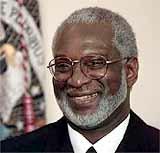 The public also didn’t hear that on July 12, CDC Director David Satcher and Assistant Director James Curran told a congressional panel that the agency was considering lowering the estimate of current HIV infections from 1 million to 800,000. This figure in turn had already been reduced from a range of 1 million to 1.5 million.

The CDC testimony was enough to make Rep. Gary Studds, Massachusetts Democrat, go ballistic, which may or may not explain why the agency has yet to implement it. But it was not enough for a single newspaper carried by Nexis to report it.

But eventually news of the declining epidemic must leak out.

When it does, the alarmists themselves will take all the credit. But the AIDS fizzle has nothing to do with heeded cries of "Wolf!" nor especially government policies. Indeed, the war on AIDS has had all the success of the government’s war on poverty. It has distracted attention from the real hot spots of the epidemic. It has drained public health programs combating traditional sexually transmitted diseases such as syphilis, known to greatly aid the transmission of the AIDS virus by causing lesions on genitals. It has emphasized activist-driven "quick cure" stabs in the dark, rather than strategies that promise greater eventual success but offer less to those now suffering.

In brief, government policies may well have led to more AIDS cases and more AIDS deaths than otherwise would have occurred. Too bad no one tried to make us aware of that during AIDS Awareness Week.