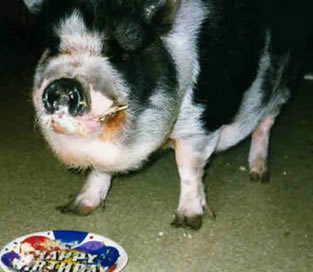 Call it pathetic; call it frustrating; but definitely call it deadly. Every year Americans grow ever fatter; every year research pours in explaining how and why it’s killing us. Yet the obesity epidemic naysayers lash out at anybody who points out the obvious as a doomsayer – or an outright liar.

Consider Paul Campos, a self-professed "fat" law professor and syndicated columnist, who churns out one anti-anti-obesity piece after another (at least six so far), using the word "lie" like a mantra. The latest singles out one of America’s most respected obesity doctors, Dr. JoAnn Manson of the Harvard Medical School as – you got it – a liar.

The "problem" with Manson is that back in 1995 she said that (Campos’s words) "even mild to moderate overweight is associated with a substantial increase of premature death." Her claim, he writes, "was a lie. In fact, Manson’s study had found no statistically significant increased risk of mortality associated with (let alone caused by) mild to moderate obesity, as she herself later admitted when pressed on the point."

Wrong. Not only did she make no such later admission, but she’d look foolish if she did since she’d be contradicting her own report in the September 14, 1995 issue of the New England Journal of Medicine (NEJM).

Using data culled from the famed Nurses’ Health Study, comprising 115,000 women over a 16-year period, Manson and her colleagues found that women of average height (5’5") in the 162-80 pound category had sixty percent higher chance of dying during the study period as women in the leanest category. Yes the difference was statistically significant and yes, the the Centers for Disease Control and Prevention (CDC) indeed considers this category as "mildly to moderate overweight."

Alarmingly, the Manson study also found that the average American woman was 30 pounds too heavy for maximum life expectancy. "The lowest mortality rate was observed among women who weighed at least 15 percent less than the U.S. average for women of similar age," it stated.

Still, you could drop Manson’s work out of the picture, yet the picture would look the same. That’s because a huge volume of research dating back over a century shows beyond doubt that excess fat sickens and kills.

Yes, in the 19th century insurance actuaries observed a clear correlation between being overweight and dying sooner. The current Metropolitan Life Table puts optimum weight for a 5"5’ woman of medium frame at 127-141 pounds, yet the average American woman of that height weighs well above 145 pounds.

Three years after Manson’s study, the largest and most detailed report to date appeared in the January 1, 1998 NEJM. In it, Dr. June Stevens of the University of North Carolina at Chapel Hill and her colleagues tracked over 300,000 men and women for 12 years. "I’m sorry to tell you," Stevens told reporters at the time, "But it’s the very lean weight that is associated with the best survival rate."

Even slight excesses of fat led to large increases in premature death. For example, men averaging six feet tall whose ages were only 30 to 44 and were just 16 pounds overweight increased their chance of death during the 12 year-period by 50 percent.

Since The Fat of the Land came out in 1997, the land has grown exponentially fatter.

"Americans are getting so fat that it’s incredible," said Dr. Stevens.

The only thing more incredible are the backflips and contortions some of us go through to deny the obvious. "Eat, drink, and laze around," they say, "the proof isn’t yet in."

Granted, it’s a sweet Siren song that many of us want to hear. But like the Sirens of lore, it kills.