They’ve done it again. And color all of us "Robin’s Egg Blue" because of it.

In December, 1998, the Consumer Product Safety Commission (CPSC) investigated claims that a plastic-softening chemical attacked by environmentalists was harmful to children. It concluded the chemical is safe, but manufacturers should stop using it because we’re talking about kids so you can never be safe enough. ( Read their statement.)

Now the CPSC has just announced that crayon ingredients, attacked by the media, are safe, but manufacturers should stop using them because we’re talking about kids so . . .

The crayon craze began when the Seattle Post-Intelligencer sent crayons from three different makers to two separate labs for analysis. All three crayon makers, including the manufacturer of Crayolas, use the mineral talc as a stiffener. Depending on where the talc is mined, it’s going to have trace elements of other minerals. That might include asbestos. 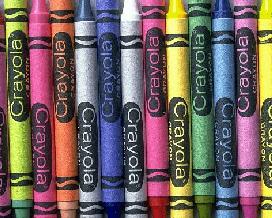 Are "Pig Pink" or "Periwinkle" poisonous?

Sure enough, the labs reportedly found asbestos in 32 of 40 crayons, with levels as high as 2.86 percent. The Intelligencer blared the story on page one, quoting scientist after scientist on the horror of these findings. They included everything-causes-cancer alarmists such as Dr. Phil Landrigan and Dr. Samuel Epstein, but somehow the paper couldn’t find a single researcher to say the worry was exaggerated.

It was classic "gotcha journalism," followed by classic pack journalism, with other papers running headlines like, "Keeping Tabs on ’Cancer’ Crayons," and "Health Alert on Deadly Asbestos Found in Crayons."

It now appears the labs were wrong. CPSC’s tests, also performed by two labs, showed only trace elements of asbestos in three of 25 crayons, along with other fibers that look like asbestos but aren’t. Some researchers, including toxicologist James Lamb of BDL Sciences in Reston, Virginia, now believe the original labs mistakenly labeled these as asbestos. Oops.

Still, isn’t the least level too much?

Asbestos has proved to be a powerful carcinogen when inhaled in massive amounts over a period of years by people whose job it was to install it, mine it, or weave it into cloth. Even then, non-smokers had far less risk. But neither the CPSC nor a separate lab hired by the crayon makers was able to find a single asbestos fiber released from using crayons with asbestos in them.

"I don’t think you could force a fiber from a crayon into the air if you wanted to," says Lamb, who also sits on the Toxic Advisory Board for the Art and Creative Materials Institute. Don’t kids eat crayons, though? Sure. But there is no evidence that any amount of ingested asbestos is harmful. While the EPA gives inhaled asbestos its highest cancer rating, it has no rating at all for ingested asbestos.

That said, by law the EPA must set a limit on how much asbestos we can be exposed to in drinking water. That amount, according to Lamb, "is about equal to what a child would get from consuming 3,500 asbestos-containing crayons a year." If your kid is eating that many crayons, asbestos is the least of your worries.

Further, the CPSC admits that because the fibers in the crayons are embedded in wax, even eaten crayons should not release asbestos-like fibers into the digestive tract. Hence, asbestos or not, kids’ crayon risk is zero.

Logically, we must now ban anything that carries any risk for children, including going to school or riding a tricycle. But it doesn’t work that way. Instead, our society elevates an alleged but false new risk over an old and proven risk. The reaffirmation of this thinking is a lot more important than crayon makers voluntarily switching over to a new binder in place of talc.

More important, too, is that we have a "Safety Commission" which really isn’t. The CPSC "strives to be a data-driven agency and one committed to sound science in its activities," complained one commissioner in a press release. But "in this case" she said, "’science’ more closely resembled ’political’ science."

Finally, we’re scaring the wits out of America. Nobody remembers whether they personally ate crayons as a kid, and asbestos exposure can take decades to cause cancer. Further, no parents of a current school child know for sure whether their own kids aren’t occasionally downing a "Pig Pink" or "Vivid Violet." The panic pool here numbers in the hundreds of millions. And few are going to be able to make the distinction between the CPSC’s findings and its recommendations.