With communism on the "ash heap of history," in the words of former President Reagan, there are those who nonetheless argue that capitalism, too, must give way if the environment is to be saved.

Barry Commoner thinks cleanliness is close to godlessness — or communism in any case.

Barry Commoner, one of the nation’s most influential environmentalists, has written, "The origin of the environmental crisis can be traced back to the capitalist precept that the choice of production technology is to be governed solely by private interest in profit maximization."

"Environmental improvement," wrote Commoner, "can occur only" if we "implement the social governance of production." That is defined, in turn, as "social ownership and control of the means of production."

But is this really the case? A look at how the environment has fared in both capitalist and state-run economies indicates that while capitalism leads to higher a standard of living and higher productivity, it also means less pollution.

In 1989, when the Iron Curtain began to lift over Eastern Europe, Westerners were shocked to find the level to which the water, air and soil in the former East bloc countries had deteriorated.

Jeffrey Leonard of the World Wildlife Fund concluded that "pollution was part and parcel of the system that molested the people in their daily lives." He added that "decades of industrial development with little or no environmental control" had spawned an "environmental nightmare."

In Hungary, the Danube — which truly runs blue through Germany and Austria — becomes black with petroleum and other waste. Budapest, once called the "fresh air" city, is so smog-covered it often doesn’t appear on satellite photos. 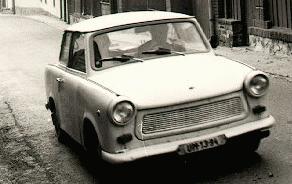 Last year, the German Ministry of the Environment released a report revealing that emissions of sulfur dioxide into the atmosphere reached 18 million tons in 1988 in the then-Soviet Union, with four million tons emitted in Poland, three million in Czechoslovakia and 5.2 million in the former East Germany.

By comparison, West Germany, one of the most powerful industrial countries in the world, released all of one million tons into the atmosphere that year.

Russia has a single nickel-smelter that probably generates more atmospheric pollution than does all of Canada, according to a study by the German Institute of Economic Research.

Likewise, among Third World countries with planned economies, the air and water in many nations are so filthy as to be immediately life-threatening, not just capable of causing cancer or other diseases down the road.

In fact, the question is not so much whether state-run economies are cleaner or dirtier as why they are so much dirtier.

One possibility is that the free market itself is the driving force behind cleaner environmental conditions.

For example, food and drink companies have reduced both costs and the use of natural resources by greatly reducing the thickness of packaging such as aluminum cans and soda and cooking oil bottles made of plastic.

Many companies also have instituted in-house recycling, not because environmentalists demanded it or laws required it but because it reduced their costs and made them more competitive.

Other companies have found that waste products can be sold to businesses who will turn them into consumer products. Restaurants, for example, commonly sell their used cooking oil to cosmetic manufacturers.

Even in countries where energy is relatively cheap, such as the U.S., companies constantly search for ways to produce the same products with less energy consumption.

Mikhail Berstam, an economist at the conservative Hoover Institution in Palo Alto, Calif., and an expert in comparative East-West economics, has found that based on a per dollar comparison of gross national product, socialist economies use almost three times as much energy as market economies.

Richard Stroup, an economist with the market-oriented Political Economy Research Center in Bozeman, Mont., notes that somebody who owns land cares more about it than somebody who is simply a caretaker or who is a common owner, in the sense that all Americans "own" federal lands.

But, he says, ownership also allows persons to be sued by others with property rights.

"English fishing streams have been protected for decades because rights are owned by riparian (downstream) owners, and when someone pollutes or threatens pollution, the owners can and do take polluters to court and they win," Stroup said.

"It’s not a matter of owning water but of owning property rights to fishing. It has worked very succesfully to protect the waters of England and Scotland," he added.

Stroup notes that what happened at Love Canal in Niagara Falls, N.Y., is often cited as another example of greedy capitalists’ fouling the environment to make a buck. Residents of the area were forced to evacuate beginning in the late ’70s after toxic chemicals were discovered to have leaked from a burial site there.

But in fact, the business that owned the canal site, Hooker Chemical Co., carefully encased the waste material and maintained it. It then explicitly warned the acquirer of the property, the city of Niagara Falls, that the material should not be disturbed.

It was the city itself that intentionally broke into the clay lining of the chemical pit for construction. It subsequently blamed Hooker when the national spotlight was turned on.

Some economists, however, suggest that free governments may be even more important than free markets.

Said Julian Simon, professor of economics at the University of Maryland: "I’ve got to think it is free government (that matters the most). The history of pollution control in England is of people mobilizing democratically and the government’s responses." He cites the tremendous reduction in air pollution in London that virtually has eliminated what used to euphemistically be called fog.

"I think it was public opinion that forced the cleanup," said Simon.

Already, political pressure on governments on the former East bloc has begun to force the closing of highly polluting plants.

In Bulgaria, according to Mining Journal, public concern has obliged the government to phase out all primary lead production. In Romania, output of lead has been cut by almost 50% and zinc production by nearly 25%. In Poland, alumninum, lead and zinc output have all been cut drastically, while in the former East Germany all non-ferrous metal plants have been closed with the exception of one lead and one copper plant.

Nevertheless, Simon notes that, while it was direct government intervention that led to these cleanups, these same governments are relying on the forces of the free market to refurbish or replace the offending operations with ones that will be cleaner — and still provide the former communist nations with the valuable hard currency that minerals can provide.

Former Soviet President Mikhail Gorbachev told Time magazine in 1990, "It would be an environmental catastrophe if all the countries of the world tried to achieve the standard of living of the U.S."

Yet growing evidence indicates that wealth, in and of itself, may be the single greatest incentive to protect the environment.

Mikhail Gorbachev knows as much about the environment as he did about preserving the Soviet empire.

They found that the opposite would probably be true. Based on the experience of other countries at similar stages in development, the economists said income levels would rise in the wake of the free-trade agreement and that this lifting of income would provide a body of persons willing and able to demand a cleaner environment.

The pair’s study noted that, up to a point, an increase in per capita income led to an increase in air pollution using one standard of measure: that of sulfur dioxide and dark matter suspended in the air.

This would seem to confirm the belief of many environmentalists that growth and industrialization lead to higher pollution levels.

But the Princeton researchers found that as income continued to increase, pollution stopped increasing and then began to fall.

Using another standard of measure, the mass of suspended particles in the air, an increase in per capita income was directly correlated with a drop in pollution levels.

Economist Donald Coursey at Washington University in St. Louis has found that in an area in which incomes rise 10%, people are willing to spend 30% more to achieve environmental quality.

Similarly, when income falls, the willingness to pay falls three times as fast.

Economists theorize that this is because people living at a subsistence level are too busy scraping up their next meal to worry about health effects or environmental damage somewhere down the road, not to mention aesthetic concerns.

Since there is no greater engine driving up national income than a capitalist economy, it is possible to give capitalism the credit for environmental cleanliness, even if the tools used to achieve it are regulations enforced by the state at the behest of the electorate.

"Workers of the world, pollute!"

Moreover, few countries that adopt free-market systems — with such notable exceptions as Taiwan, Singapore and South Korea — find that they can give their people a taste of economic freedom while withholding political freedom.

"If we do not solve poverty," said Hussein Haniff, counselor at the Malaysian permanent mission to the United Nations, "I do not see how we can solve our environmental problem."