"The only word that describes it is war." That was the first sentence Bill Moyers uttered in Tuesday’s Frontline show, produced and broadcast by PBS. 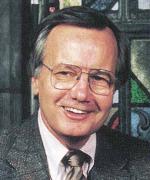 The war Moyers was talking about is the one waged by pesticides against insects and weeds.

But the Moyers show itself may reflect another war, that of environmentalists and their sympathizers against pesticides themselves.

And many scientists and other critics say the anti-pesticide, pro-organic crusade may actually be hazardous to our health.

"The biggest threat to human food supply today, to human cancer, and to wildlife maintenance would be organic farming," said Dennis Avery, director of the Center for Global Food Issues, part of the Hudson Institute think tank in Indianapolis.

The Public Broadcasting System’s Frontline show, which concerned primarily pesticide residues on fruits and vegetables, comes at a time when Congress is considering legislation to replace a 1958 federal law called the Delaney Clause. It regulates additives, including pesticides, to processed foods.

Environmental groups such as the Natural Resources Defense Council (NRDC) and the Environmental Defense Fund are working hard to ban as many man-made pesticides as possible. Last year, the NRDC won a federal court decision, which the Supreme Court allowed to stand, that effectively would ban 35 such pesticides.

The NRDC was also the group that launched the public relations campaign in 1989 that succeeded in having the apple growth regulator Alar pulled off the market.

Most of the health concerns of pesticides revolve around the possibility that they cause cancer.

The Frontline show contained a clip of Moyers interviewing farmer Paul Buxman, whose son was diagnosed with leukemia.

Moyers told listeners, "Today (Buxman) worries about pesticides. A recent National Cancer Institute (NCI) study found that, if you live on a farm, you have a far greater chance of getting some forms of cancer."

But Aaron Blair, chief of the occupational studies section at NCI, said that in fact, "Farmers have a lower mortality rate overall: lower heart disease, lower cancer, everything but accidents."

However, said Blair, "If you look at individual cancers, there are eight or nine tumors that tend be excessive. But then, there are at least 35 different cancer sites."

That would mean that farmers have equal or decreased levels of cancer at least 26 different sites.

William Fischer, director of the Institute for Environmental Toxicology at Michigan State University in Lansing, chaired a report on that 1986 study for the Council for Agricultural Science and Technology in Ames, Iowa.

"It’s not correct to quote the results of a single study . . . With (our) study we looked at all or them." Combined with studies since then, the studies show a wide range of positive and negative correlations to certain cancers.

"What that tells me," said Fischer, "is that if there is a higher risk to farmers, the risk is very low or weak, as evidenced by its being so hard to detect."

Blair thinks that herbicides may be causing some of those cancers among farmers, but Fischer says it’s important to point out these are herbicides, which are sprayed on weeds, not on fruits and vegetables. Unlike insecticides and fungicides, they have nothing to do with pesticide residue.

Moyers told his viewers that "industry’s own tests suggest that 65 pesticides now in use may cause cancer." Meyerhoff wrote that "68 pesticide ingredients have been determined to cause cancer."

Neither made any reference to those cancers being not in humans but in laboratory animals — usually rats or mice — specially bred to develop tumors easily. These rodents are typically dosed with 400,000 times the amount of chemical a human would receive.

Increasingly, such massive dosing of rodents has come under fire in the scientific community as being of little value in determining human causes of cancer.

For one, says Bruce Ames, a cancer researcher at the University of California at Berkeley, the correlation for rat and mouse cancers in these tests is only about 70%.

If such closely related species don’t predict for each other 30% of the time, he asks, what does that say for how they predict for human cancers?

For another, the idea that massive doses of chemicals that cause tumors in a few rodents will also cause tumors at a fraction of those doses is suspect.

"Centuries ago, science became aware that the dose makes the poison," said Albert Kolbye, a former assistant surgeon general in the Public Health Service and also formerly the associate bureau director for toxicology at the Food and Drug Administration.

Thus, for example, Vitamin A in small doses is necessary for life, while large doses will kill. Eating a lot of salt-cured meat has been linked to stomach cancer, but no one can live without some salt.

Fully half of all synthetic chemicals tested in massive doses on laboratory animals have caused tumors, a figure that experts say will probably more or less apply to synthetic pesticides.

But what neither Moyers nor Meyerhoff said is that the limited testing of natural chemicals using the same standards has shown that half of them, too, are causing rodent cancers.

Ames notes that carrots naturally contain chemicals that have been found to cause cancer in rodents in massive doses. This is also true of apples, bananas, broccoli, Brussels sprouts, cabbage, celery, and many other unprocessed foods.

Ames thinks that further testing will eventually find natural rodent carcinogens in essentially everything we eat.

In a paper published in the journal Science, Ames and Berkeley colleague Lois Gold said, "One cup of coffee contains 10 milligrams of known (natural) rodent carcinogens, about equivalent in weight to the potentially carcinogenic synthetic pesticide residues one eats in a year."

Said Kolbye, "We are surrounded by a sea of carcinogens, most of which are natural compounds occurring normally in a variety of foods."

But he explained that the body’s defense mechanisms are able to resist these carcinogens in small doses, though often not in the massive amounts which laboratory rodents receive.

Many of those naturally occurring chemicals are themselves pesticides, developed not by industrial chemists but by mother nature.

Said Ames, "Plants couldn’t survive if they weren’t filled with toxic chemicals. They don’t have immune systems, teeth, claws, and they can’t run away. So throughout evolution they’ve been making newer and nastier pesticides. They’re better chemists than Dow or Monsanto. They’ve been at it a long time."

Indeed, Ames and Gold estimate that 99.99% of all pesticides by weight are natural.

"And yet," said Ames, "nobody’s worried about (solanine and chaconine) because they’re natural. It’s a double standard."

Ames says that the irony of the anti-pesticide campaign being based on cancer fear is that increasing evidence points to fruits and vegetables as important in warding off certain cancers.

"If you eliminate synthetic pesticides, you make fruits and vegetables more expensive," he said. "People will then eat less of them and more will die of cancer."

Pesticide critics charge that we are using more and more chemicals in a steadily escalating war against bugs, mold, and weeds. In terms of variety, this is true. But it’s because farmers are using so many highly specific chemicals that they are able to use so much less of them overall.

While Meyerhoff wrote: "The use of pesticides has increased at least tenfold" since the Delaney Clause was enacted in 1958, use of two types of pesticides that may leave residues, insecticides and fungicides, has actually declined since 1964, the first year for which data was available.

Further, since far more food is grown now, relative to the amount of crops grown the decline is even sharper. Herbicide use did increase dramatically for many years, although over the last decade it too has declined.

Prior to using today’s synthetic pesticides, DDT was the insecticide of choice. It took several pounds of DDT per acre.

Rachel Carson: A prophet? Or a doomsayer?

Although charges that eating food with DDT residues caused cancer or even killed humans directly — charges made most prominently in the late Rachel Carson’s best-selling 1962 book Silent Spring — later proved to be unsubstantiated, DDT prompted concern that it was causing havoc in the ecosystem because it persisted in the body’s tissue and could thus be passed along the food chain.

According to the National Agricultural Chemicals Association, however, none of the pesticides still in use on American crops are persistent.

DDT itself was a tremendous improvement over previous non-synthetic chemical pesticides. It was treated as a miracle chemical when it first appeared and given credit for saving millions of lives, according to the World Health Organization.

But DDT was banned in 1972 before other chemicals were ready to take its place, a ban that some scientists claim shows the damage that anti-pesticide extremism can cause.

In one case, Silent Spring led to the government of Sri Lanka halting the spraying of mosquitoes. Consequently, the incidence of malaria jumped from nearly zero to 2,500,000 cases and 10,000 deaths before the country began spraying again. 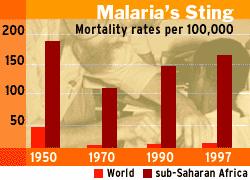 Compare this to known deaths caused by DDT – none.

who has studied the health effects of DDT since 1963. "Millions of people were dusted with it and sprayed with it to kill lice and fleas and it never did anyone any harm."

"Rachel Carson alerted us to the fact that new chemicals were entering the environment and in those concentrations observed were causing untoward effects," said Langer, a mineralogist who has done pesticide work for the International Agency for Cancer Research, the EPA, and the World Health Organization.

Part of the anti-pesticide argument is that, as Meyerhoff wrote, "the bugs are winning."

The Frontline program quotes an organic farmer citing Department of Agriculture figures to the effect that in the 1950s, 7% of fruit crops were being lost to pests while now it is 13%.

But said Rick Roush, an associate professor of entomology at Cornell University, "The problem with those statistics is that the perception of crop loss has changed over a period of time." Both the 7 and the 13, he said, are essentially "seat of the pants" estimates which vary from grower to grower.

The bottom line is that fruit productivity per acre has been increasing, with significantly higher yields in the past decade than the one before.

To replace synthetic pesticides, environmental groups advocate alternatives such as releasing benign insects that feed upon the crop-eating ones. Much of the Moyers Frontline show was devoted to the alleged availability of alternatives that the government was ignoring.

Cornell’s Roush said that when he was a member of the NRDC, the Environmental Defense Fund, and the National Wildlife Federation, "I read consistently in their literature that we have alternatives and we just get (farmers) to use them. But the alternatives aren’t there."

A 1990 report of the Council for Agricultural Science and Technology in Ames, Iowa, which comprises 29 scientific societies along with some for-profit companies, stated that alternatives "will have no major impact on the total amount of pesticides required for fruit and vegetable production in the next few years.

"This is due to the lack of satisfactory alternatives rather than any reluctance on the part of producers to eliminate pesticides whenever economically feasible." This is especially the case for herbicides and fungicides.

Roush says that the farmers he works with readily embrace methods of non-chemical pest-killing that do exist, if only because they understand the public wants it, and that researchers are working hard to provide them with such tools.