To suburbanites, the shopping mall is a sort of secular Mecca, the site of regular pilgrimages to sundry clothing stores, knick-knack shops and Orange Juliuses.

But to some environmentalists, the religious metaphor that springs to mind is a different one: Sodom and Gomorrah. 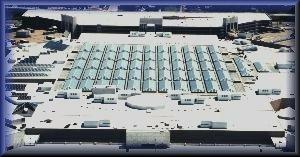 Is Mall America the new Sodom and Gomorrah?

In a recent report by the Worldwatch Institute, shopping malls — including the world’s largest, slated to open Monday in Bloomington, Minn. — are singled out as symbolic of all that is wrong with what they have dubbed the "consumer society."

"All of the United States seems to be remaking itself in the image of the mall," writes Alan Durning in his new book How Much is Enough? published as part of the "Worldwatch Environmental Alert Series."

Or, as one favorable media report summarized the book, "The richest fifth of the world is ruining the planet by consuming too much."

But there are many critics who argue the Worldwatch view is scientifically unsupportable, reflecting personal values rather than empirical data.

Far from promoting pollution, they point out, wealth appears to promote environmental cleanliness because such cleanliness becomes, in effect, a consumer item.

"The fact is, they regard certain kinds of consumption as immoral based on religious belief," said University of Maryland economics professor Julian Simon. "Bicycling is moral and driving a car ain’t. It’s that simple. All the rest is rationalization of that belief."

"Bicycling is moral and driving a car ain’t."

Durning’s book divides the world into three classes: the poor, the middle class and the consumer class.

Those in the consumer class, he says, make up the top 20% or so of the world’s population in terms of income. They equate roughly to the populations of the U.S., Canada, Japan and Western Europe. More commonly, these nations are identified as the capitalist countries.

"Over a few short generations, Durning writes, "we in the affluent fifth of humanity have become car drivers, television watchers, junk-food eaters, mall shoppers and throwaway buyers ... For the last 40 years, buying more goods, acquiring more ’things,’ has been the overriding goal of people in western industrial countries."

By contrast, he wrote, "the poorest one-fifth of the world has had but one goal: surviving the next day."

As Durning told Investor’s Business Daily, "The middle-income class (in other countries) by American standard is yes, very poor. They’re not the starving poor, but from our frame of reference" they are "extremely deprived, living in misery."

Yet, says Durning, it is this class to which Americans and western Europeans must aspire because the rise of the consumer class equates to a surge in "environmental harm."

"The consumer society’s exploitation of resources threatens to exhaust, poison, or unalterably disfigure forests, soils, water, and air. We, its members, are responsible for a disproportionate share of all the global environmental challenges facing humanity..." 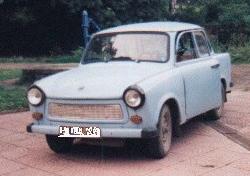 But it is the consumer societies that care the most about the environment and do the most to take care of it, says economist Richard Stroup of the free-market oriented Political Economy Research Center in Bozeman, Mont.

When German unification occurred, the Trabants were discarded by the thousands for cleaner Western autos.

"It’s the consumer society which gives us the better cars that are also environmental friendly," noted Stroup.

In the U.S., the bastion of consumerism, pollution levels in virtually every category have declined over the last two decades.

In fact, air pollution levels have dropped dramatically over the nation’s cities, waterway discharge of pollutants is way down and landfills are far less likely to leak substances into the water table than before.

Indeed, Worldwatch and Durning do not argue otherwise.

"There are certain pollutants, particularly local air pollution, where we have sort of bought ourselves out of the problem," said Durning.

Rather, he said, "It is in terms of global impact that the consumerist society continues to cause a huge proportion of problems."

Durning mentions problems such as global warming and acid rain. Yet the Worldwatch view — that these are current or potential disasters — are not shared by the scientific community at large.

Last year, when another environmental organization, Greenpeace, polled 400 climate scientists, it found that only 13% agreed with the general proposition that the earth is marching steadily and irrevocably towards man-made global warming.

University of Virginia professor Patrick Michaels, whose book Sound and Fury: The Politics and Science of Global Warming will be published in October, was among the rest.

Michaels says that not only is it not clear that man-made emissions are causing global warming but, "Observed data more support the notion that prospective climate change would be neutral or even possibly beneficial.

"At any rate," he said, "the magnitude of changes indicated by the data is much smaller than projections have forecast."

Moreover, as Durning concedes, U.S. emissions of carbon dioxide, the gas most heavily implicated in the global warming theory, appear to have leveled off in recent years, despite a growing population and GNP.

Likewise, chlorofluorocarbon emissions, which many scientists link to the degeneration of the earth’s protective ozone layer, have been dramatically reduced since the mid 1980s. Further, the U.S., along with other developed or "consumer" nations, have committed themselves to a complete CFC phase-out in the near future.

As for acid rain, a 10-year study conducted by the National Acid Precipitation Assessment Program, a multilevel federal organization, found that in the words of Edward Krug, who worked on the study, "Acid rain is at worst an environmental nuisance, not the well-advertised environmental Armageddon, and it actually fertilizes forests (because of its nitrogen and sulfur content) far more than it damages them."

Likewise, Durning and Worldwatch have bitterly condemned the consumer society as being "throwaway," coming down particularly hard on packaging, and food packaging, specifically.

But, points out William Rathje, an expert on garbage and author of the recently released Rubbish, food packaging prevents food spoilage, which is highly wasteful.

Recent studies have found a direct correlation between wealth in the so-called consumerist societies and their willingness to spend on pollution control.

Economist Donald Coursey at Washington University in St. Louis has found that in an area in which incomes rise 10%, people are willing to spend 30% more to achieve environmental quality.

Similarly, when income falls, the willingness to pay falls three times as fast.

Said Jerry Taylor, director of Natural Resource Studies at the libertarian Cato Institute in Washington, D.C., "Environmental goods are in many senses luxury goods, and those consumers with money to spend on luxury goods will be more willing to spend on environmental protection than will people who are mainly concerned with putting food on the table every night."

Be it catalytic converters for the cars or scrubbers for their coal-burning power plants, or the regulations that force a manufacturer to come up with ways to reduce harmful emissions and then pass the cost along to consumers, the consumerists are, in a very real sense, buying pollution-control equipment in an effort to buy a cleaner, healthier environment, say defenders of the consumerist economies.

The poor countries — and Worldwatch’s "middle class" — cannot pay for that luxury.

Indeed, Durning said that, "It is true that as income rises, often environmental concern rises . . . "

But, he adds, "I think that argument has been overplayed because we define environmentalism as the same kinds of concerns we have here (in the U.S.) and there are all kinds of ways that poor people express pressure for environmental quality."

He noted, for example, that peasant farmers in some countries have fought to protect their watersheds for irrigation and that individual and family fishermen have defended their fishing grounds.

But Stroup, who has long been an advocate of property rights as a way of preserving the environment, said that this indicates only one way in which such rights work.

The other role, he says "is to help make people wealthy because wealthy people are willing and able to make substantial sacrifices well beyond their homes," such as those required to protect the ozone layer. 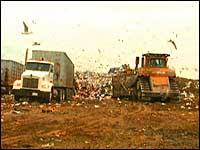 American landfills have more packaging material in them, but that leads to less food waste.Julian Simon, along with other critics, believes that what really compels environmentalists such as those at Worldwatch is a longing for a completely different societal lifestyle, a romantic and sentimental vision of a world that was a better place in the age before machines, with perhaps a bit of hair shirt puritanism thrown in, to boot.

Such sentimentalism has been promoted by such books as A New Consciousness for a New Century, by the director of the Foundation for Economic Trends, Jeremy Rifkin.

As one reviewer in The New York Times put it last year, that book "romanticizes the lot of the feudal serf by presenting him as living in a state of ’communal self-sufficiency,’ on a land that for hundreds of years provided him with ’spiritual as well as economic security.’"

Yet, noted the reviewer, "the life of the feudal servant was truly nasty, brutish and short."

"These people," said Simon, "really don’t expect anyone to live this way, including themselves. They know as well as we do that it’s a never-never land."

Tucker adds that, ironically, a consumer society not only promotes cleanliness but also gives rise to such agrarian sentimentalism masked as environmentalism.

"It’s a luxury," he said, "that few people could afford (in the past), but now you have it on a mass level in this country."