There should be a lot more people willing to challenge the AIDS Establishment, which has grown fat and irresponsible in part because the news media believe that questioning the "war against AIDS" is tantamount to siding with the disease.

But just because the Establishment has been so wrong so often doesn’t necessarily make all of its critics right. Witness the case of UC Berkeley microbiologist Dr. Peter Duesberg, who insists that the Human Immunodeficiency Virus widely considered to be the cause of AIDS is really just a harmless piece of protein.

Duesberg’s methodology in determining that HIV doesn’t cause AIDS is less science than a game in which he tells his opponents to go into a round room and sit in a corner. Specifically, he demands that the theory that HIV causes AIDS be made to fulfill requirements that, were they applied elsewhere, would essentially establish that no pathogen causes any disease.

Thus, he says that HIV must always cause AIDS and every AIDS patient must be found to be carrying HIV. By this standard, tuberculosis is not caused by micobacterium tuberculosis nor cholera by the cholera bacterium, because most persons with either of these germs do not develop the disease. At the same time, lab tests on some persons with these diseases have failed to yield evidence of these pathogens. 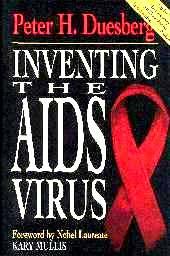 The AIDS virus is real; it’s Duesberg’s who’s the phony.

Duesberg says that HIV must cause disease in animals other than humans. But viruses are often species-specific. Feline leukemia virus is deadly to cats but harmless to their owners. Hepatitis B can destroy a human liver but has no effect on the liver of any known animal. Duesberg says the AIDS pathogen must cause disease immediately, but HTLV-I, which, like HIV, is a retrovirus, usually takes a decade or longer to manifest as disease (an adult leukemia) in humans. Cats, birds and cows also have such "slow viruses."

Duesberg says that the exact mechanism by which HIV causes AIDS must be known. But the exact method by which the polio virus causes disease is unknown, yet nobody doubts that it causes polio. Many of our most effective medicines, even aspirin, act in ways that we don’t understand.

Last week, Duesberg supporters seized on reports from the International Conference on AIDS in Amsterdam that about 30 patients displaying symptoms of AIDS have tested negative for both HIV-I and HIV-II. But this not a new phenomenon. Duesberg himself has made reference to such exceptional cases for years.

Possibly the cases involve a new strain of HIV that can no more be detected by present tests than HIV-II could be detected by the test for HIV-I. At any rate, the correlation between HIV and AIDS, while not quite 100%, is higher than with most viruses already accepted as causes of disease.

Duesberg’s own theory on what probably causes AIDS holds that such things as "recreational drugs" that homosexuals often used a decade ago, along with repeated bouts of sexually transmitted diseases, break down the immune system. More recently, he added to the list of immunocompromisers the anti-HIV drug AZT, saying that it was the drug, not HIV, that killed dental patient Kimberly Bergalis.

HIV itself, Duesberg says, is a harmless "hitchhiker" that somehow manages to find its way into the bodies of persons with immunocompromised systems but does no harm itself.

There is a growing belief that a co-factor or co-factors will be found that facilitate the development of full-blown AIDS in persons infected with HIV, or are even necessary for AIDS to develop. Some have said that this will substantiate Duesberg’s thesis. It will not. Duesberg has stated his case clearly — HIV has no role in causing AIDS.

To quote the leading proponent of the co-factor theory, French HIV discoverer Luc Montagnier, Duesberg is "wrong because he doesn’t take all the data into account, whether deliberately or not."

It may prove true that some people’s immune systems have collapsed for reasons like those Duesberg describes. Numerous chemicals do weaken the immune system; some are given to organ transplant patients for that very purpose. But a few instances do not account for the explosion of AIDS cases.

Even though the use of certain types of drugs did increase in the 1970s and the incidence of sexually transmitted diseases rose among homosexual men, such behavior patterns hardly came out of the blue. There is, however, precedent for an epidemic appearing from nowhere, as when the plague bacillus wiped out a quarter of Europe’s population in just three years in the mid-14th Century.

What would explain this epidemic is the introduction of a new pathogen into a population that engaged in activities capable of spreading it. Africa has been very hard-hit by AIDS and HIV, yet both AZT and the recreational drugs to which American homosexuals availed themselves are hardly in use there. Duesberg’s theory also doesn’t explain why drug-free, non-promiscuous people who contracted HIV sickened and died in the years before AZT was even available.

Nor does Duesberg’s theory explain why babies born with HIV sometimes die of AIDS in a remarkably short time. True, many of these babies are born with crack addictions, but the child lost to Elizabeth Glaser, who addressed the Democratic National Convention and who herself got the disease through a transfusion, was born otherwise healthy.

As one British doctor stated, "AIDS could not be more typically an infectious disease, its pattern of spread is so clear and predictable."

Unfortunately, the HIV debate is far from academic. To many persons refraining from high-risk sexual behavior or needle-sharing out of fear of AIDS, Duesberg’s message is the equivalent of telling a dieter that cheesecake has no calories, the difference being that cheesecake cannot cause a slow, agonizing death.

And while AZT is no miracle drug, the evidence available indicates that it can prolong and improve the quality of life for AIDS patients. But Duesberg’s message that AZT kills, not HIV, has been linked to AIDS patients refusing to take the drug.

Because Duesberg is willing to have others die for his hypothesis, last year I publicly challenged him to put his life where his mouth is and inject himself publicly with a purified form of the virus. He has not done so, giving several changing excuses.

I now extend that invitation to any of Duesberg’s backers. It’s OK to have faith, but from scientists we deserve something more concrete.