AIDS Cases Among Teenagers Not Increasing

"Aids Runs Wild Among Teenagers," read a recent headline in the Honolulu Star-Bulletin.

U.S. News & World Report warned in its May 4 issue that "the AIDS epidemic has taken an ominous turn toward America’s youth," and that AIDS and HIV infection are rising fastest among teens and college-age kids." CNN has noted a "drastic rise" in the number of "teenagers infected with AIDS," and The New York Times has reported, "As schools and public health officials increasingly realize, teenagers are a high-risk group. "

At a March press conference, Health and Human Services Secretary Louis Sullivan, accompanied by top officials from the Public Health Service and the Centers for Disease Control, announced a $ 1.5 million ad campaign targeting the area where "the epidemic is spreading most rapidly today ... among heterosexuals, among teens and young adults, and in areas outside the big cities."

PBS’s much-applauded In the Shadow of Love: A Teen AIDS Story featured teens dropping dead of the disease. 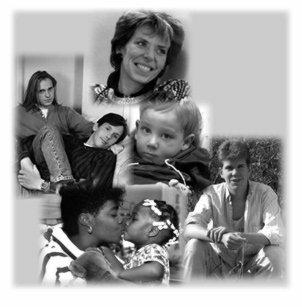 Such cries of teenage AIDS doom are politically useful, underscoring demands that sex education and condom use be taught in schools, or that chastity be "taught." They can also be lucrative. "In the Shadow of Love," which told its audience that "a single condom can save hundreds of lives," was underwritten in part by condom manufacturer Carter-Wallace. But claims that AIDS Will soon be as common among teens as acne are simply false.

Here are the actual figures from the CDC. In 1990 there were 170 teen AIDS cases reported in this country. Last year this number dropped to

On what basis does the media claim a huge increase in AIDS cases among the young? Many of the recent articles and newscasts were based on a report released in April by the House Select Committee on Children, Youth, and Families, chaired by Representative Pat Schroeder of Colorado, titled: "A Decade of Denial: Teens and AIDS in America." 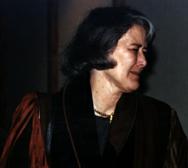 The report called the federal response to teen AIDS a "national disgrace," and claimed that the virus is "spreading unchecked" among teens and that every day it "gains ground and threatens the loss of another generation."

The report stated that, to quote a Los Angeles Times headline, "AIDS in 13-24 Age Range Grows 62% in Two Years." The problem with this figure is that it presents data in cumulative terms, comparing the last two years of the AIDS epidemic with the earliest years, in which there were only a handful of cases. Statistics are not presented this way for any other disease. Cumulative cases tell us nothing about trends or about what a given disease is doing now.

Thus, even if there were not a single new AIDS case in the 13-24 category in 1992, the L.A. Times could inform us: "AIDS in 13-24 Age Range Grows 62% in Three Years." An epidemic that had magically disappeared could still be made to sound terrifying. That, indeed, is the idea. Had the Schroeder report made any reference to 1990 figures, it would have defeated its purpose.

Though the year-by-year AIDS data are readily available from the CDC, a computer search revealed that not a single newspaper, magazine, or broadcast informed its audience that teen and college-age cases were actually declining. It is true that the figures are for AIDS cases, not HIV infection, which does not manifest itself as full-blown AIDS for an average of eight to ten years.

The Schroeder report cited two studies in the Journal of the American Medical Association that it claimed made matters even worse based on HIV statistics. In fact, the articles contained no such data.

One of the studies, dealing with military applicants, showed an infection rate that if extrapolated to all the nation’s teenagers would indicate a rate of one in 3,000. By contrast, the government is constantly telling us that in the nation as a whole the number is one in 250.

Further, since testing began the trend has been downward. The percentage of those testing positive in the last recorded year, April 1988 to March ’89, was half that of the first year. Neither of these pertinent facts was included in the 500-page House report or in any of the media coverage.

Portrait of an endangered species.

The other study cited in the House report examined Job Corps applicants. The article repeatedly stated that far from being representative of the teen population, job Corps applicants were disproportionately disadvantaged members of minority groups who "are at a particularly high risk for HIV infection."

The article also stated that while "HIV seroprevalence begins to increase markedly in the 16- to 21-year-old range, the group included in the Job Corps," (prior to this age, sex and needle-sharing are extremely rare) "the rates found in these age groups are still only a fraction of those in persons aged 25 to 44 years." This is the opposite of what the Schroeder committee said the job Corps study established.

The alleged teenage AIDS epidemic is indicative of a larger pattern. The number of reported AIDS cases this year is running 4.5 percent ahead of last year. Reported cases last year were a mere 5 percent higher than the year before. These encouraging figures have not been reported. Indeed, Dr. James Mason of PHS said on the Today show in january that the epidemic was not leveling off, but rather that there had been a 32 percent increase in 1991. 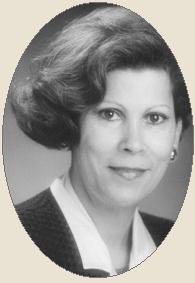 Evidence of a flattening epidemic has prompted activists to lobby the CDC—successfully — to propose a vast expansion of the AIDS definition that would obfuscate the development. Only cries of outrage from the scientific community — and ironically, from some of the activists, who stopped pushing for the new definition when they realized that they would be included in the government AIDS registry before becoming seriously ill — have so far prevented the new definition from going into effect.

What the government, the media, and activist groups are spreading is what Gregg Easterbrook has, in another context, labeled "benevolent Big Lies." Indeed, Easterbrook himself was benevolently lied to by Surgeon General Antonia Novella, in a January Los Angeles Times interview, when she told him, "Don’t, don’t believe that AIDS has leveled off." In praising the Schroeder report, Novella stated, "The cases of the future are going to be teenagers and young adults and infants and young children." In fact, all four of these categories declined from 1990 to 1991 both in sheer numbers and as a percentage of all cases. The Big Liars have decided that the public has no right to know what the AIDS epidemic is really doing.

It should go without saying — though in the politically charged atmosphere that surrounds AIDS it cannot — that to note that AIDS remains a disease limited primarily to specific groups engaging in specific practices is not to say that these people deserve to bear the brunt of a terrible epidemic. It implies no value judgment at all.

The first step in controlling a communicable disease is to determine who is getting it and how. The disinformation campaign that grossly overemphasizes the groups and activities least at risk of getting AIDS does those in greater jeopardy no favor.