There’s dancing and singing in the streets of the Land of Biotech Bashers. Monsanto, the world’s largest biotech seed company, has announced it will delay commercialization of gene-spliced wheat.

"This is great news for the environment, for farmers and consumers," gushed Greenpeace spokesman Ben Ayliffe. It’s "the end of genetically modified" food, Tony Juniper, director of the green group Friends of the Earth crowed to Reuters. "It is the final nail in the coffin."

All of which brings to mind Mark Twain’s famous remark upon reading his own obituary that "Rumors of my death have been greatly exaggerated."

In 2003, the global area of biotech crops grew a remarkable 15 percent according to the International Service for the Acquisition of Agri-biotech Applications, an even greater expansion than the year before. The "167 million acres was grown by 7 million farmers in 18 countries, an increase from 6 million farmers in 16 countries in 2002," says an ISAAA report. In the last eight years, the number of biotech crop acres worldwide increased by a staggering 40 fold.

In the United States, planted biotech acreage increased 10 percent in

If it’s true as Ayliffe claims that "The markets are not expanding for GM crops," then farmers must be growing and then burning them just to spite the environmentalists.

But no, "Farmers have made up their minds," said Clive James, chairman and founder of ISAAA. "They continue to rapidly adopt biotech crops because of significant agronomic, economic, environmental and social advantages."

Why the Shredded What?

Perhaps the best evidence that the wheat in question, called "Roundup Ready," is safe is that the single gene Monsanto added to it is also in Monsanto’s biotech soybeans. It gives the plant resistance to the herbicide glyphosate (which Monsanto sells as "Roundup") and allows fields to be sprayed "over the top" without harming the crops. Not only do those soybeans comprise the most popular biotech crop in the world, they also constitute 86 percent of all soybeans grown in the United States, and we’ve been eating them for eight years. (And have lived to tell the tale!)

So why the shredded wheat?

St. Louis-based Monsanto says the decision was economics based. The biggest problem was that since development began in 1997 wheat acreage in North America has fallen by a fourth. In any case, Monsanto’s wheat investment in the past year was less than one percent of the company’s $500 million research and development budget.

Another problem for Roundup Ready Wheat is that while, like all Roundup Ready crops, it’s better for the environment by requiring less tilling of the land and reducing herbicide runoff, a farmer’s first job is to make money. The added value of these new seeds simply wasn’t as great as seen with other biotech crops.

"Nobody that I’ve talked to in business has the least scientific, technical or food safety objection to biotech wheat," CEO Daren Coppock of the National Association of Wheat Growers told me. "But they are concerned with the customer." 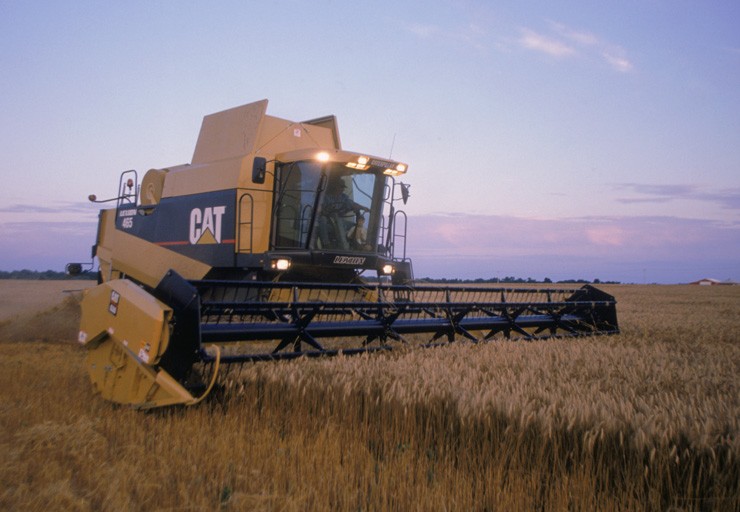 Higher yields and better for the environment, but Roundup Ready Wheat must wait.

But consumer acceptance clearly was a factor

That’s why even some mainstream wheat farming associations opposed it. So far, the vast majority of biotech crops grown have been used for animal consumption or cotton materials. Biotech soybean meal and oil and biotech canola oil are in practically everything we eat, it seems. But they constitute minor ingredients compared to "the staff of life."

Start with the traditional status of bread and hence wheat, mix in a cup of hysteria from the competing organic farmers and environmentalists, and you get farmer fear that all wheat products would be disparaged.

Monsanto’s move was "a recognition, since wheat is closer to the human food chain, that it’s a lightning-rod issue," Frank Mitsch, an analyst with Fulcrum Global Partners, told CBS MarketWatch. Further, "The potential for the European Union to reject it as protectionism disguised as a safety concern and the farmers who grow it is significant."

Thus it makes sense for Monsanto to wait until consumer awareness catches up to its wheat, even as it looks to introduce other biotech crops such as potatoes; new types of cotton and corn; tomatoes, and rice. It hopes to commercialize the wheat in four to eight years when more biotech traits could be added to the crops.

This could include fungal resistance under development from Monsanto competitor Syngenta, although Greenpeace struck a blow for "consumer choice" when it sabotaged Syngenta’s first test plot. Others being tested are resistance to viruses and to drought. All four traits could be combined in one plant.

And then? Perhaps genetically-engineered wheat will be the "final nail in the coffin" for those spreading anti-biotech hysteria.