Cloning humans for "replacement parts" would be both murderous and dumb.

Virtually everything good that you’ve heard about biotechnology is true. It’s making inroads against killers such as cancer, heart disease, and stroke. It’s stopping other diseases for which until recently the best treatment was an aspirin. Biotech crops will provide malnourished peoples with enough calories to turn them into American-sized butterballs.

But to many, biotech has a dark side. They fear cloning humans to rip out their organs as replacements, turning our offspring into ubermenschen, and distorting the whole concept of what it is to be human.

Happily, though, almost all of the bad about biotech would be senseless, scientifically impossible, or far more readily done through alternative technologies such as bionics. Or the developments actually don’t seem very unusual – much less scary – when considered in a broader context.

Consider the idea of growing human clones for replacement organs, with some terrifying scenarios depicting headless bodies connected to life support until the organ is required.

But already biotechnology is fabricating organs such as bladders and even relatively complex ones such as penises. The immorality of murdering a human aside, why grow and sustain a whole person for an organ you may never need when you can buy an individual organ "off the rack" or have it specially made for you?

Not all controversial applications of biotech lie in the realm of fantasy, though. A real scenario is the use of stem cells from human embryos, which many see as violating the sanctity of human life. Even those who don’t feel that way must recognize that others do, and thus it leaves biotech with a black eye.

But it’s often the case with biotechnology that new advances eliminate older problems. In the last two years, three different US labs have found evidence that three different types of non-embryonic stem cells – those taken from adults, umbilical cords, or placentas – appear to be able to mature into any cell in the body. Even if all three labs fail, so many different non-embryonic stem cells have been found that can be converted into so many different types of mature tissue that there should be no need for "one-size-fits-all" stem cells.

Researchers whose reputations are built on embryonic research and require funding to keep their labs going often insist that non-embryonics are overrated or even worthless. But non-embryonics have actually been used therapeutically since the 1980s for limited purposes such as treating leukemia, even as embryonics are only now moving into animal testing.

What about what is called "germ-line" gene-alteration to "improve" the human race as a whole or at least your line of descendants? Research will eventually allow changing such genetic attributes as intelligence or appearance. Johns Hopkins University political science professor Francis Fukuyama devotes many pages to this in his book Our Posthuman Future: Consequences of the Biotechnology Revolution.

But most of Fukuyama’s fears have already come to pass through other technologies, albeit ones that cannot be passed down genetically. Improving your child’s looks is as easy as something called "cosmetic surgery." Improving his or her IQ is as simple as flicking off the TV and putting away the video games.

The argument that the rich will have better access to germ-line therapy also falls flat; the rich have better access to everything. For example, wealth can promote higher intelligence even as the child is in the womb by providing better nourishment. After that it can be used to pay for the best pre-schools, schools, and tutors. 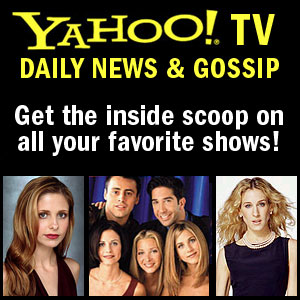 Want to engineer a smarter kid? Turn off the TV.

In any event, the most efficient way to create super-humans will never be with biotech.

The technology is inherently limited by the genes that God and nature have provided us. You can turn them on or off or move them from one organism to another, but a gene can never do what it wasn’t intended to.

But bionics, the use of implanted computer chips and electronic or electro-mechanical devices, has no such limits.

Bionics has already brought us "neuroprosthetics" such as the cochlear implant that popular American talk show host Rush Limbaugh received. First approved back in 1984, these bypass the normal hearing mechanism to provide artificial hearing to deaf people. Next stop: superhuman hearing. Implanted retinal chips are providing limited vision to those who were completely blind but will surely eventually bring superhuman vision.

Then there are implantable computer brain chips. These are already used to control the tremors of Parkinson’s and the seizures of epilepsy. But again the therapeutic will lead to the super. Already monkeys have been given the ability to move a robot arm and computer images with their thoughts alone. The same signals that enable a small arm to pick up food could just as easily move a wrecking crane.

Chips being tested in animals will soon increase people’s range of senses beyond hearing and seeing. Through wireless connections such as the already-ubiquitous WiFi (80211.x ), they will allow invisible communication with others directly to and from the brain and thus bypass the eyes, ears, and mouth. They will enable consistent and constant access to information where and when it is needed, with no annoying pop-up ads.

Fukuyama also frets over the likelihood that biotech will allow us to live to be 150 and beyond; but, illustrating the problem of a social scientist suddenly turned life science commentator, he speculates we will live those last 50 years bedpan-bound and drowning in drool.

Yet of the incredible array of such therapies under development that would slow, stop, or even reverse aspects of aging, all would extend not just life itself but also the period before decrepitude. Moreover, probably before any of these therapies is available, biotech will have cured some of the cruelest diseases of aging, such as Alzheimer’s.

Dr. Leon Kass, chairman of the President’s Council on Bioethics, urges us to "resist the Siren song of the conquest" of death. But he sets up a straw man. Even reversing aging cannot confer eternal life. There are organisms that appear genetically programmed to live indefinitely, such as certain trees and turtles. But something catches up to them eventually, be it a chainsaw or somebody hungry for turtle soup. Likewise, biotech cannot confer immortality.

But Kass is on firmer ground when he questions lifespan extension, if only because he does so with non-scientific arguments. The best of them might be summarized as Why give people more years when they seem so intent on wasting the ones they have, plopped in front of the tube for hours on end watching other people’s "reality" because they don’t have one of their own? The only answer is that just as a knife that can be used for slicing or for stabbing, biotechnology is a tool; nothing more. What can be accomplished with that tool is literally miraculous. What will be is up to us.