A literally graphic example of what bioremediation with microbes can do with wells contaminated with the petroleum product MTBE. It’s fast, it’s efficient, and it’s cheap.

Recently the giant energy group BP announced its earnings fell 19 percent – or $45 billion – in its latest quarter, in great part from the cost of environmental cleanups. That’s bad news for BP, but if it makes up its losses by raising the cost of gasoline and home heating gas then it’s also bad news for the rest of us. Moreover, such cleanups may cost industry and government a trillion dollars, according to the U.S. Geological Survey.

We’ll end up paying for that, too.

Fortunately, new technology offers a way out. A biotech development called "bioremediation" can not only slash waste site cleanup costs but also be far easier on the environment than traditional cleanup methods. The technology uses bacteria, fungi and tree and plant roots that are either impervious to our poisons or even see them as the equivalent of cheesecake with strawberries.

Such waste is labeled toxic or hazardous if it comprises poisonous chemicals or heavy metals, radioactive if it’s nuclear, or mixed waste if it’s both. We can and should debate just how dangerous some of it is. But if it must be cleaned up, bioremediation should always be the first choice when feasible.

Bioremediation first claimed the spotlight in 1979, when the supertanker Exxon Valdez ran aground in Alaska’s Prince William Sound. More than 11 million gallons of crude poured into the water in America’s worst tanker accident, but oil-eating bacteria helped slurp it up.

As with that spill, bioremediation alone can rarely clean up a toxic waste site. Yet the science advances by leaps and bounds.

And even though powerful environmental activist groups love to accuse biotech of being "unnatural," here the biotech solution is clearly the natural one. The traditional clean-up processes of "dig and cart away" or "pump and treat" are messy affairs. A botched clean-up job can be worse than none at all.

Of all the organisms that are used in bioremediation, bacteria hold the most promise. They are the most common life form on Earth. Scientists are discovering that for most types of waste, there is a bacterium that feasts upon it.

"There are some manmade compounds - like Styrofoam cups – that bacteria haven’t figured out how to degrade yet," says Mike Nelson, a professor of mining engineering at the University of Utah. But give them time," he jokes, "And I’m sure they’ll figure it out." 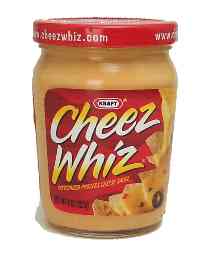 You could also add Cheez Whiz to the list, but point made.

When Ma Nature provides no bugs to do the trick, scientists can engineer them. Spanish scientists have attached mouse genes to a type of bacteria giving them the ability to lock dangerous heavy metals into the soil and rendering them harmless.

Companies like Regenesis Bioremediation Products, Inc. in San Clemente, Calif., specialize in selecting just the right bacterium, shooting it down into the Earth with the equivalent of a giant hypodermic needle, and if necessary injecting the right nutrients (oxygen or hydrogen) to keep it happy as it chomps away.

"Bioremediation makes its alternatives look truly ridiculous," observed Oil and Gas Journal. Yet, the process has its critics. With few exceptions, environmentalists are sitting on the sidelines.

A Sierra Club representative told Science News in 1996, "We need to cut down on the production of contaminants up front. But where we do have cleanup problems, (bioremediation) does have potential." Yet later another representative of the same group rejected the idea of bioremediation on the very grounds that it is cost-effective, citing what he called industry’s "pathological need to cut clean up costs." So trying to save money is a disease?

In any event, companies slapped with huge cleanup costs often would rather litigate than scrub. Bioremediation not only aids a company’s bottom line when it does clean up its act, but helps it to decide whether it will clean up at all – and thereby helping us all.