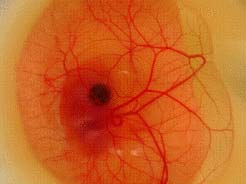 Why is a new colorectal cancer drug that gives patients an average of only five more months of life making international headlines? Because it represents a new era in the fight against cancer, a combination of powerful new technologies.

Actually the new drug itself, Avastin, is more effective than might seem. Averages are just that; for some the drug will provide no benefit while it may allow others to survive indefinitely. "I’ve talked to an airline pilot with colorectal cancer whose been on Avastin for three years and he is treating his condition as a chronic disease" not a fatal one, says William Li, president of the Angiogenesis Foundation in Cambridge, Massachusetts.

Further, those extra five months came from a study in which all the patients had end-stage cancer. If treatment begins earlier, it could be far more effective.

Market analysts believe Avastin, developed by Genentech of South San Francisco, may become the biggest-selling drug in biotech history. Yet it’s just the tip of the spear in that it’s the first medicine developed specifically for the purpose of combating cancer not directly by attacking tumors but rather cutting off their "supply lines" as it were.

In a process called angiogenesis, tumors send out proteins to promote development of blood vessels. These vessels then provide nourishment to the cancer, even as they allow malignant cells to spread throughout the body and grow new tumors.

Antiangiogenic drugs block this process, which both solid tumors – like that of the breast – and liquid ones – such as leukemia – need to survive.

But Avastin also represents the potential of another technology, monoclonal antibodies. Monoclonals are synthesized "super" versions of natural antibodies, able to tackle many diseases, not just cancer, that send the natural antibodies scurrying for cover.

Rituxan, approved for non-Hodgkin’s lymphoma in 1997, was the first anti-cancer monoclonal. It was followed by the breast cancer drug Herceptin. Newly-approved Erbitux, the colorectal cancer medicine that got Martha Stewart thinking about jail cell decoration, is also a monoclonal.

Both angiogenesis inhibitors and monoclonals for cancer were a long time coming. Consider that the angiogenesis-cancer connection first got major attention in 1976, while monoclonals were discovered a year before that.

Yet now there are almost 70 anti-angiogenesis drugs in human cancer testing and numerous monoclonals as well. Avastin alone is involved in almost three dozen on-going human trials involving about two dozen different cancers, including those of the lung, breast, pancreas, cervix, head and neck, and leukemia.

Anti-angiogenesis drugs also rarely cause significant side effects; indeed, some cause absolutely none in most patients. And while those made from monoclonals must be injected periodically, numerous non-monoclonals in the final stage of human testing are pills.

Further, while anti-angiogenesis drugs can be taken alone they also work hand-in-hand with the old standbys of surgery, radiation, and chemotherapy. "We are not throwing away the old tool chest," says Li, "rather, we are adding effective new tools to the tool box." 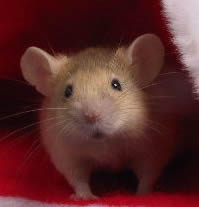 Monoclonals are currently made in the spleens of mice, although newer techniques are being developed.

For all this though, the neatest thing about monoclonals and most of the anti-angiogenesis drugs in development is that they’re based on detailed knowledge of the genome. They’re expressly designed to block genes that promote cancer or conversely to aid tumor suppressor genes that are asleep at the wheel. This same detailed knowledge minimizes side effects.

Meanwhile, increased genetic knowledge also allows off-the-shelf non-cancer drugs to be tested and developed to fight malignancies. One is the most commonly prescribed arthritis drug, Celebrex. The next to receive FDA approval, predicts Li, will be Thalomid.

Sound familiar? Yes, it’s the brand name of the notorious thalidomide that once caused horrible birth defects. But later it was found that this was because it was blocking blood vessel growth in fetuses.

Now New Jersey-based Celgene Corporation is seeking FDA approval to market it as an antiangiogenic treatment of multiple myeloma, an incurable cancer of bone marrow cells that strikes about 15,000 Americans yearly. It’s also in about 50 human trials for a host of cancers.

Would that all tragedies could end in such triumph. But the day is now foreshadowed when such will be the case with the tragedy of cancer as a whole.