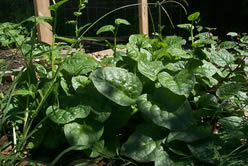 This spinach could one day save your life during an anthrax terror attack.

Could you ever have imagined that the "yucky" spinach you shoved aside on your plate as a child would one day be used to develop an anthrax vaccine? Or would you have believed that potatoes, tomatoes and carrots would be genetically engineered to prevent hepatitis B infection; that tomatoes could protect against rabies; and that bananas could prevent a type of diarrhea that kills up to three million children yearly in poorer nations? Texas-based ProdiGene, Inc. is developing an HIV vaccine that may cost pennies a dose.

Yet these miracle medicines may become endangered species. After a couple of minor crop contamination mishaps, the Agriculture Department has proposed severe restrictions on crops producing "biopharmed" medicine that some experts believe could cripple the nascent technology.

Moreover, 11 environmentalist groups have announced they will sue the agency because they claim the proposed rules aren’t stringent enough. Included are the anti-biotech usual suspects, including Friends of the Earth, Greenpeace, the Center for Food Safety, and the Organic Consumers Association.

There’s nothing new about extracting drugs from plants, naturally. But these special crops have a gene or genes spliced into them so that they produce medicines that are either completely unlike any currently available or are superior to those which are. Eventually some such as the bananas will be consumed orally, although the first generation requires extraction and purification.

The industry leader is Texas-based ProdiGene. It already produces two corn-based products. One is the enzyme trypsin, used to make insulin. The other is aprotinin, used in cardiac surgery, for healing wounds, and as a component in making pharmaceuticals. Both will replace the natural source of the proteins, cows, thereby removing any chance of transmitting pathogens - including "mad cow disease."

But in charting new waters, ProdiGene also made the first mistakes. In Nebraska, it failed to thoroughly plow under a plot on which it had grown corn for an experimental pig vaccine. Errant stalks sprouted among half a million bushels of soybeans. 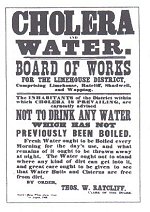 Cholera may finally meet its match in several types of "biopharmed" plants under experimentation.

In Iowa, ProdiGene was ordered to destroy 155 acres of corn because windborne pollen from its bio-corn might have contaminated nearby fields.

In both cases, the lapses were discovered before the food was eaten. Further, there’s no reason to believe that even if the experimental corn had been eaten right off the cob it would have caused harm, much less when diluted by 500,000 bushels of soy or 155 acres of non-medicinal corn.

The FDA declared it was "confident that the material from the corn would pose virtually no health risk," but added that "even the miniscule amount of material in question should not have been present in the soybeans."

For both incidents, the relatively small company was forced to pay a relatively huge $3 million in costs, plus a $250,000 fine.

But "even before the USDA’s new rules, the testing, cultivation and marketing of gene-spliced plants generally - whether involving biopharmed crops or garden-variety ones intended for food and fiber - was already massively over-regulated by a veritable alphabet soup of federal agencies," Hoover Institution fellow and former director of the FDA’s Office of Biotechnology Henry Miller told me.

Unfortunately here, as is often the case, the proposed regulations have less to do with safety than promoting the appearance of safety. That’s why Lisa Dry, a spokeswoman for the Biotechnology Industry Organization, emphasized that the regulations could "instill public confidence in the regulatory oversight."

That’s important. But so is the cost of the regulations. These "will inflate biopharming’s development costs so that only very high-value-added products will be candidates and that consumers ultimately will see fewer biopharmed drugs in the pharmacy," says Miller.

And remember, for those litigious environmentalist groups it’s still not enough. To them, the more valuable a biotech crop is the greater the need to destroy it.

One of their spokesmen told a reporter that, "The environmental and human health risks associated with biopharm crops are substantial." Wrong. What’s substantial is the ultimately hundreds of millions of deaths that drugs developed from these plants can prevent - if we can keep overzealous bureaucrats and green groups from permanently plowing them under.