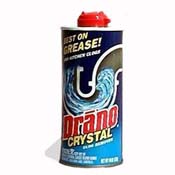 Did you ever think that the leading cause of death in this country could be prevented with a genetically-engineered bacterium? Well start thinking, because that’s where that "Drano for the arteries" that you probably heard about came from. And it’s merely a harbinger of how biotechnology is revolutionizing heart therapy.

About 25 years ago, scientists discovered that some people in northern Italy had a remarkably low rate of heart disease – and no, it had nothing to do with drinking red wine. Rather they had a special protein from a genetic mutation that gave them a particularly efficient form of HDL (or "good cholesterol") that strips from arteries the gunk known as plaque.

As the science developed of removing individual genes from one organism and splicing them into another, researchers found they could insert this mutant gene into bacterium and grow all that special protein they needed.
When this “Drano” was tested on four dozen men, the results were spectacular. After merely five injections, they shed on average four percent of their plaque. Further, all participants receiving the actual drug benefited while none of the placebo recipients did.

Now consider that plaque build-up, also called “hardening of the arteries” or atherosclerosis, is the leading cause of death in the industrialized world and contributes to approximately 1.5 million American heart attacks annually.
Finally, consider that this drug could be FDA-approved well within five years. These days, you don’t necessarily have to travel to Lourdes for a medical miracle.

Indeed biotech companies are working on an arsenal of new drugs and treatments that are attacking our main killer from every conceivable direction.

For example, in a recent column I wrote of biotech drugs that cut off blood vessels that cancerous tumors need to survive and grow. This vessel-building process is called angiogenesis, and treatments that stop it are anti-angiogenic. But other experimental drugs PROMOTE angiogenesis to grow blood vessels in hopes of reducing or eliminating the need for bypass operations and angioplasty. 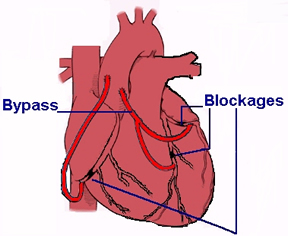 The typical bypass is like something the Inquisition might have invented. The sternum is sawed apart and cranked open while veins stripped from the legs are connected to the heart to circumnavigate clogged ones. Angioplasty is rather less medieval, involving a balloon that’s inserted into an artery and inflated. But both are temporary solutions.

GenVec, Inc. of Gaithersburg, Maryland is developing its BioBypass gene therapy to deliver growth factor to the heart so that new blood vessels form in blood-starved tissue. The most recent human trial showed significant improvements as measured by the patients’ ability to get dressed, to resume play with their children or grandchildren, and to reduce their need for cardiovascular medications.

A completely different type of heart therapy involves adult stem cells. These are not the controversial variety made from taking apart embryos, but rather are immature cells that can be removed from a person’s own body and placed elsewhere where they develop into mature tissue.

Unfortunately, heart muscle has almost no ability to repair itself as does other muscle. Instead, damaged hearts form scar tissue which further weakens the organ. But stem cells appear to have the ability to go to where the damage is and repair it by proliferating and growing into the proper type of cells.
In side-by-side studies in The Lancet last January, teams of doctors from two separate institutions reported promising results in fixing broken hearts with stem cells. A German team injected stem cells into six patients’ hearts and found that five had strikingly improved blood flow. Scientists from the University of Hong Kong treated eight patients with stem cells from their own bone marrow and also observed an improvement in blood flow to the heart.

Previous studies on animals in which cells were given a fluorescent marker showed that the stem cells did indeed become heart muscle cells, filling in almost 70 percent of the damaged areas.

Ultimately, biotech will allow the growing of entire hearts by seeding human tissue onto scaffolds, just as buildings are built around steel girders. But these scaffolds eventually dissolve, leaving nothing but a 100 percent human heart. These would be far beyond any of those mechanical ones used by patients awaiting a donor organ, which are so clunky that even the Tin Man might think twice about accepting one.

Biotech hearts are a ways down the road, yet simpler functioning organs such as bladders and penises have already been built using scaffolding techniques. Moreover, hearts are not particularly complicated compared to, say, livers or pancreases. The day is coming when you may be able to respond to the expression “Take heart!” with: “Thanks, I’ll take two!”