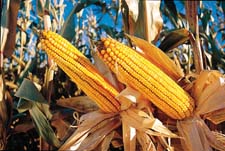 The European Union has finally seen the light on genetically engineered crops, with its Parliament approving a proposal to lift member nation import bans that have cost North American farmers a fortune and denied Europeans access to cheap, nutritious food.

All the EU has really done is to propose steps that MAY replace the ban, which covers MOST types of biotech crops, with regulations that WILL increase the cost of ALL imported crops, biotech and otherwise. Indeed, some commodities may become so expensive that they’re effectively banned anyway.

Currently, six European countries with enough political clout are preventing imports of all but two biotech crop varieties into the entire 15-nation EU. Allegedly they have not been demonstrated safe for consumption, notwithstanding that U.S. and Canadian regulatory agencies – with a much better reputation than their slipshod European counterparts – have approved them.

In reality, there are many reasons for the moratorium, but health isn’t among them.

Partly it’s a trade restriction to protect inefficient European farmers. Partly it’s simple anti-Americanism – a backlash against both a more productive agricultural system and a free-market economy that puts Germany and France to shame. The recent cover of a French magazine depicted a U.S. farmer carrying a huge ear of corn, with the headline: "L’Invasion Americain."

"Chauvinism" is a French word, after all.

Yet each year Americans have eaten more of these foods. About 70 percent of our processed food now contains biotech ingredients. As a 2001 report on biotech food commissioned by the EU itself declared, "The use of more precise technology and the greater regulatory scrutiny probably make them even safer than conventional plants and foods." 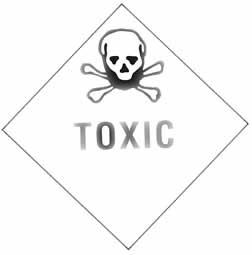 The proposed regulations may as well slap this onto imports with biotech ingredients.

Yet still the ban continues, costing U.S. farmers alone more than a third of a billion dollars yearly.

Finally, the Bush Administration filed suit with the World Trade Organization and the EU thereafter approved regulations (pending ratification from member countries) that would allow in biotech food but slap it with a label declaring "This product is produced from GMOs," meaning "genetically modified organisms."

Europeans have been brainwashed against biotech foods by environmentalist groups like Greenpeace, political demagogues and a media that routinely refer to them as "mutant food" or "Frankenfood." A 2002 survey of all EU nations found, incredibly, that half of those surveyed believed that genetically engineered fruit would alter a person’s own genes.

In such an atmosphere of ignorance and fear, a biotech label may as well be a skull and crossbones.

Yet that label will be stamped onto any shipment containing anything more than 0.9 percent biotech product. That’s an incredibly low threshold considering how easily tiny amounts of accidental mixing can occur. Pollen or grain can drift from fields despite leaving unplanted buffer zones. Whole or ground grain can mix in machinery, bins, driers and transportation unless they’re scrubbed spick and span between crop loads. 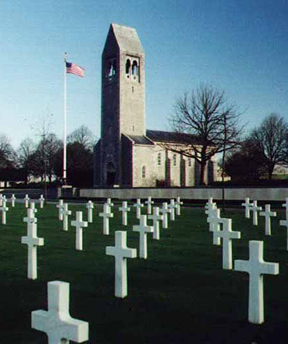 Nicholas Kalaitzandonakes, professor of agribusiness at the University of Missouri in Columbia, thinks meeting the 0.9 percent burden will be difficult or downright impossible "depending on the crop and exactly what type of product we’re talking about."

For example, with seed corn accidental wind-borne pollination is a problem so compliance costs will be extremely high, he told me. Prevention efforts may be so expensive that exporters can’t meet the 0.9 percent level and make a profit.

"With soybeans," he says, "because the plants self-pollinate, you’re going to have lower costs." BUT, 81 percent of all soy now grown in the U.S. is biotech, meaning only 19 percent could escape the label. Yet the potential European market for soybean feed is huge.

Further, notes Kalaitzandonakes, "There’s no science behind a 0.9 percent level," considering that "This is a product the EU has said is completely safe at any level." Japan uses 5 percent, which is equally arbitrary but far easier to meet.

Perhaps as bad or even worse is that the proposed legislation demands "traceability." There must be a paper auditing trail of each biotech crop variety starting with the seed breeder, then the farmer, then the shipper, all the way to the grocery store. It serves no purpose other than to add tremendous expense.

For all this, there’s no guarantee the current ban will be lifted if the onerous new proposal passes.

That’s why the U.S. has rightly signaled it has no intent to drop its suit until the EU truly drops its trade restrictions, its illegal counter-offensive against "L’Invasion Americain." How quickly they forget our previous invasion – you know, the one in 1944.