Few doubted that the leg, torso and tiny baby that washed ashore in San Francisco Bay belonged to 27-year-old Laci Peterson, missing for four months. But only positive identification, powerful enough to persuade the most skeptical jury, could determine whether her husband Scott Peterson spent his days vacationing on her life insurance policy or sitting on death row.

Not long ago, such remains without teeth or fingerprints would have been useless. But DNA identification or “fingerprinting” has changed that. Moreover, it’s not just bringing criminals to justice but bringing solace to families of missing persons ranging from war fatalities to victims of 9/11.

The test generally used to identify such remains uses DNA from the nucleus of a cell, or nucDNA. Forensic scientists scan various DNA regions that vary from person to person.

One advantage of nucDNA is that it contains genes from both parents, so a match from either side of the family can be made.

But nucDNA has drawbacks in that there are only two copies per human cell, and strands of nucDNA are long and fragile.

When a body starts decomposing, so do they. Such was the case with Laci Peterson.

That’s where mitochondrial DNA (mtDNA) becomes useful. Each of our cells contains hundreds of mitochondria, so if some decay plenty remain. Further, mtDNA is far shorter than nucDNA and shaped as a tight loop, helping to keep it intact.

However, mtDNA is transferred only maternally, so it can be matched only to the mother’s family.

DNA technology is considered one of the most revolutionary changes in law enforcement since the 19th century, whether used for catching crooks, freeing innocent people, or determining the veracity of a President who claims “I did not have sex with that woman!” only to have his, uh, genetic material found on her dress.

On a single day a Texas death row inmate lost his temporary reprieve when DNA testing established he had indeed raped and murdered his stepdaughter, while another Texas prisoner was pardoned from his 99-year sentence for a similar crime after DNA tests linked another man to the murder.

Yet DNA tests are proving invaluable outside of the crime lab, as well. They are routinely used for identification of plane crash victims, in paternity suits, and even to settle historical puzzles.

DNA testing of a relative of the ill-fated last Imperial family of Russia proved that the bodies doused in sulfuric acid and buried for eight decades were indeed that of Czar Nicholas II and his family. It also showed that the woman celebrated by Hollywood as the lone survivor, Anastasia, was actually a Pole named Anna Anderson. 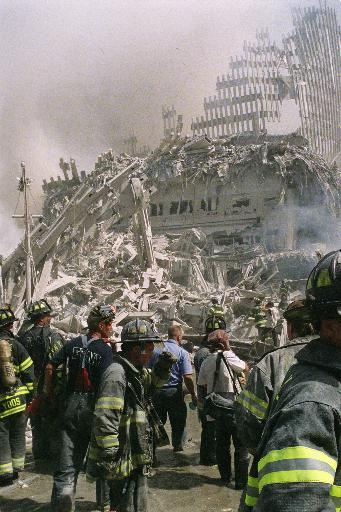 Only the miracle of DNA fingerprinting could have identified half the bodies in rubble left of the WTC.

Identification of military remains, specifically an expected but fortunately non-existent deluge from Operation Desert Storm, has been an important contributor to developing better DNA testing.

It lead to what’s called the “Short Tandem Repeat” (STR) method, employed by such labs as Orchid Cellmark of Germantown, Maryland. STR as currently used by the FBI looks at 13 specific regions of DNA to get the odds of having the right person down to one in a trillion – pretty accurate for a planet with 6.3 billion souls.

In one spectacular case, the Vietnam War remains in the Tomb of the Unknown Soldier were exhumed, tested, and using mtDNA testing found to be that of an Air Force lieutenant shot down in 1972. The Pentagon says DNA testing is now so accurate that the Tomb will probably remain empty.

DNA identification of remains really came into public view after the September 11, 2001 terrorist attack on the World Trade Center. DNA testing has helped account for half of the approximately 2,800 victims.

But “what was anomalous at the WTC was that DNA samples were compressed by millions of tons of steel for months, burned by incredible temperatures, suffered bacterial contamination, and were inundated with water,” Orchid Cellmark Executive Direct Mark Stolorow told me. “It’s the worst of all worlds for sampling DNA.” Over 14,000 body parts still need identification.

Orchid Cellmark and others responded to New York City’s call for help by doing more with less, using nucDNA markers a fraction of the length of those required just a few years earlier. The test also uses SNPs (single nucleotide polymorphisms), bits of DNA far likelier to vary between persons than other DNA.

With law enforcement agencies, fire departments, the military, and some private organizations building DNA libraries, unsolved deaths will become ever rarer. The beneficiaries will be we the living.