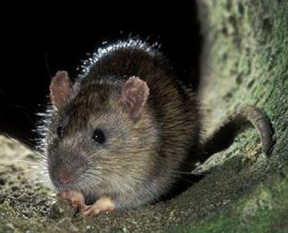 Washington whupped the Hessians, but they left behind a little present – the Norway rat.

Call it revenge for The Battle of Trenton. It’s believed those nasty rats that ravage inner cities and cost us more than $1 billion annually in damage arrived on Hessian mercenary ships. Indeed, throughout North American history humans have been bringing (accidentally and intentionally) all manner of destructive microbes, plants, fish and animals. But that’s just fine it seems – unless the new organisms are biotechnology.

At least so it would seem from the reaction of both the media and anti-biotech groups to a new report from the National Academy of Science’s National Research Council concerning "bioconfinement" of genetically engineered organisms. "Genes Run Wild#uage=english)" read one headline.

But to actually read the study is to find, "It is likely that most of the vast array of proposed genetically engineered organisms will pose little threat to public health or the environment, and they will require minimal confinement if any." The ones already commercialized (since 1985) have done nothing but good.

Anne Kapuscinski, a member of the NRC committee and professor at the University of Minnesota, got herself quoted in the New York Times declaring, "One of our big messages throughout the whole report is that there are very few bioconfinement methods that are well developed."

Yet the report emphasizes some are already in use, with a vast number in the pipeline. Further, "Entirely new methods," said the NRC, "were announced by the scientific community while we worked on the report."

Consider the age-old problem in which superior traits bred into plants have escaped to surrounding weeds. This could also happen with genetically engineered plants. Yet the NRC study has a chart listing no fewer than 18 biotech methods (such as keeping the introduced superior trait out of the pollen) under development to prevent this, while low-tech methods such as buffer zones around crops can also work.

Kapuscinki’s personal interpretation aside, the report was unfair in some ways. For example, it beat up on the Canadian-U.S. company Aqua Bounty Technologies.

Aqua Bounty is developing a salmon with a gene from another fish that allows it to grow to market size about three times faster. The NRC report repeatedly emphasizes the importance of redundant measures to keep genetically engineered organisms confined, yet Aqua Bounty’s system is a textbook example of just that.

The fast-growing fish are secured in cages, and the cages are at sea rather than in rivers where escapees could mate with native salmon. Only females are raised, because they lack the male instinct to find their way to a river to procreate. They also all undergo a sterilization technique and then are tested to ensure it worked.

Were all this to fail, "There’s a very low risk of mating because wild fish turn up their noses at them," says Aqua Bounty’s vice president of business development Joe McConigle. 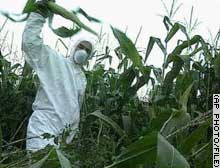 "I thought the NRC report was fairly good overall," Bruce Chassy of the University of Illinois Center for Biotechnology in Champaign-Urbana told me. "But ultimately the whole biocontainment issue is at least as much philosophical as scientific."

No matter how many layers you add, he says, "there’s no perfect way to biocontain anything," GEO or otherwise. Moreover, "Each layer gets more expensive with diminishing returns."

Says Chassy, "The number of layers required should depend on how badly we want the technology and the potential consequences of an escape." After all, "We could take planes out of the sky because they crash, but then we couldn’t fly."

Time and again we see that with biotech organisms the worst potential consequences of genetic escape pale beside those nasty rats, Kudzu weed or any of the countless non-native but non-engineered animals, plants, fish, shellfish, and microbes.

A 1998 article in Bioscience estimated bio-invader damage plus control at $136 billion a year. (Conversely, 99 percent have been harmless or even helpful.) "We don’t yet have perfect bio-systems that will completely prevent gene escape from plants," Chassy says, "nor do we need them. Gene flow isn’t necessarily bad." He adds though, "The regulators don’t approve products for which the consequences of gene escape aren’t demonstrated to be acceptable. And that should be our standard."

But biotech bashers see it otherwise.

"If you take their religious position that no risk is acceptable, if they get to define the standard as zero, then you can’t grow any bio-engineered organisms," Chassy observes.

Indeed, they needn’t even demand zero. By insisting on piling one control layer atop another like a grotesque wedding cake they can make any biotech organism too expensive to market.

But, notes Chassy, just as orthodox Jews don’t try to force us all to eat kosher, the anti-biotech lobby has no right to force their religious beliefs on the rest of us.

Not that that will stop them from trying.