"Blowback” is a policy strategy that ultimately rebounds on its own devisers. The American organic food industry is now learning about it the hard way.
On the whole, organic farming is more expensive and produces less attractive fruits and vegetables than conventional farming. As such, it maintains only a tiny bit of the market. So to stay competitive, the industry devised a strategy of scaring the pants off people over the alleged risks of even trace amounts of synthetic pesticides.

When genetically engineered (biotech) food came along in the mid-1990s, the organic industry should have embraced them. Instead, it made them competitors and broadened its fear campaign to include them. Working with environmentalist allies like Greenpeace, it even convinced some foreign governments to ban or at least delay the growing and import of certain biotech crops. 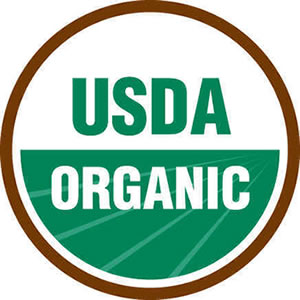 That’s because if enough non-organic food is found in otherwise organic products, sellers might not receive that money-making organic label. And two different technologies are posing a threat.

First, the ability to detect even the smallest degree of impurity in food has improved dramatically.

Second, despite repeated boasts from anti-biotech activists that biotech crops would be left on the compost heap of history, consumers keep gobbling them up even as they save farmers time and money. So each year, here and abroad, farmers plant more.

With more biotech grain around there’s a greater chance for a bit of it to find its way into organic foods, in what’s called “adventitious presence.”

Both the biotech and organic food industries and their farmers work hard to prevent this. But accidental mixing can occur in many ways. Pollen or grain can drift from fields, despite having unplanted buffer zones. Whole or ground grain can mix in machinery, storage facilities, and transportation unless they’re scrubbed spic and span between crop loads.

Suddenly the organic lobby is crying that with so much genetically engineered grain around it is their precious labels, not the biotech industry, that’s threatened with going the way of the dodo.

Never mind that this is all driven by consumer demand, nor that in the U.S. they have nothing to worry about because the USDA has no fixed limit on how much trace biotech product can show up in organic food. Basically, if the crops were raised organically they’re considered organic.
Not so overseas. Because of the organic and environmentalist “Frankenfood” scare tactics, the nations of the European Union (EU) and some other countries have set strict tolerances on how much impurity can be allowed in a product labeled biotech-free or organic.

The implicit tolerance level for organic food in the EU is zero, but that’s essentially impossible to achieve or enforce. So the European Parliament will soon vote on a real tolerance limit that will be enforced, one that would allow a mere 0.9 percent of impurity. (It could have been worse – Greenpeace lobbied for 0.1 percent.)

“The Japanese have set it at 5 percent, which is far more rational if you insist upon any level at all,” says Maureen Storey, acting director of the Center for Food and Nutrition Policy at Virginia Tech in Blacksburg. “But there is no objective support for this (0.9 percent) figure, no scientific study to support it” she told me.

Says Storey, “The EU studied the issue and concluded there is no human health risk,” from biotech crops. None. Zero.” According to its 2001 report, “The use of more precise technology and the greater regulatory scrutiny probably make them even safer than conventional plants and foods.” 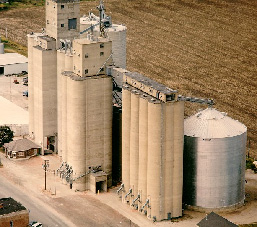 Cleaning practically every last bit of grain out of a structure this huge is not only not impractical, it should be totally unnecessary.

An informed consumer should no more worry about adventitious presence in crops than in finding a blue M&M in a bag of brown ones – nor, for that matter, about the presence of small amounts organic material in biotech food.

Storey says the politicians are simply putting perception over science. “Europe has had serious health scares from food – mad cow disease, dioxin found in eggs, and industrial oil found in olive oil. Their regulators botched it and they admitted it.” Europeans are frightened.

But now, she says, their politicians are merely pandering to false fears. The EU will even be setting a tolerance on biotech grain in animal feed.
Nevertheless, “As you set thresholds lower and lower, the economics become prohibitively expensive,” notes Nicholas Kalaitzandonakes, professor of agribusiness at the University of Missouri in Columbia. “Testing costs alone will send prices up.”
Organic growers and processors will suffer shrinking profits as they pay to keep out practically every last bit of non-organic grain from machinery, bins, and barges.

It’s tempting to use a pun or cliché about the organic industry “reaping what it sowed.” But just call it blowback.