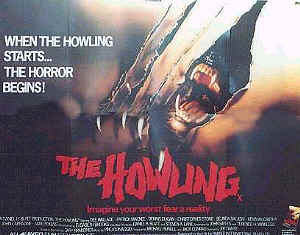 Looking for a surer method of being ripped apart than entering a lion’s den covered with catnip? Conduct the most exhaustive, longest-running study on second-hand smoke and death. Find no connection. Then rather than being PC and hiding your data in a vast warehouse next to the Ark of the Covenant, publish it in one of the world’s most respected medical journals.

That’s what research professor James Enstrom of UCLA and professor Geoffrey Kabat of the State University of New York, Stony Brook discovered last May. That’s when they reported in the British Medical Journal (BMJ) that their 39-year study of 35,561 Californians who had never smoked showed no "causal relationship between exposure to environmental tobacco smoke (ETS) and tobacco-related mortality," adding, however "a small effect" can’t be ruled out.

At this writing there have been over 140 responses on www.bmj.com, and if made into a movie they would be called "The Howling." Many are mere slurs several grades below even sophomoric.

Some demanded the BMJ retract the study because, as one put it, the "tobacco industry will use it." (It didn’t). Another made the rather draconian call to ban all use of statistics in science, lest they be put to such wicked purposes as this.

"It is astounding how much of the criticism springs from (personal attacks) rather than from scientific criticism of the study itself," observed one of the few supportive writers. Said another: "As a publisher of the leading Austrian medical online news service, I feel quite embarrassed following the debate on this article. Many postings look more like a witch hunt than a scientific debate."

Sadly, one of the most pathetic responses came from Dr. Michael Thun, vice president for epidemiology and surveillance research at the American Cancer Society. The ACS started the study and formerly collaborated with the authors. Thun claimed that since there was so much exposure to smokers back in the 1950s and 1960s that essentially everybody was a second-hand smoker.

This logic puts the wife of a two-pack-a-day husband in the same category as somebody who once stumbled into a smoky bar. It negates all ETS studies based on spousal exposure including those serving Thun’s purposes. But based on the subjects’ own recollection decades later in the UCLA study, spousal smoking was indeed a good indicator of their total exposure to second-hand smoke.

One refrain running through the attacks is, "Why take seriously a study that contradicts what everyone already knows?" But "what everyone knows" is wrong. It’s the UCLA study that’s very much in the majority.

A 1999 Environmental Health Perspectives survey of 17 ETS-heart disease studies found only five that were statistically significantly positive. ("Statistical significance" refers to whether an increased or decreased risk falls outside the bounds of what could be expected by chance.) The lead author? Why, Michael Thun!

Likewise, a 2002 analysis of 48 studies regarding a possible ETS link to lung cancer found 10 that were significantly positive, one that was actually significantly negative, and 37 that like Enstrom and Kabat’s were insignificant either way. 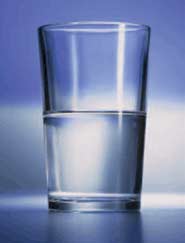 This glass of "pure spring" water contains traces of both cyanide and arsenic, but in levels far too low to cause harm.

The reason active tobacco smoking could be such a terrible killer while ETS may cause no deaths lies in the dictum "the dose makes the poison." We are constantly bombarded by carcinogens, but in tiny amounts the body usually easily fends them off.

A [New England Journal of Medicine](http://www.ncbi.nlm.nih.gov/entrez/query.fcgi?cmd=Retrieve&db=PubMed&listuids=1113815&dopt=Abstract)[ study](http://www.ncbi.nlm.nih.gov/entrez/query.fcgi?cmd=Retrieve&db=PubMed&listuids=1113815&dopt=Abstract) found that even back in 1975 – when having smoke obnoxiously puffed into your face was ubiquitous in restaurants, cocktail lounges, and transportation lounges – the concentration was equal to merely 0.004 cigarettes an hour. In scientific terminology, that’s called a "tiny amount."

Unable to find significant faults in the UCLA study itself, critics repeatedly harped on what Enstrom and Kabat had clearly stated – that some of the funding was from the tobacco industry. As they explained, this became necessary when the University of California Tobacco-Related Disease Research Program, which was specifically set up to support this type of research, stopped their funding and no other sources were available.

The big bucks go to those who "discover" that ETS causes everything from pimples to piles. Both governmental and private organizations have directed tens of millions of dollars to groups promoting ETS as a killer, perhaps even a greater killer than active smoking! Meanwhile Big Tobacco has essentially extinguished its efforts on ETS, reserving new spending and political capital for other fights.

So give the BMJ and Enstrom and Kabat an "F" for political correctness. But give them an "A" for honesty and courage.