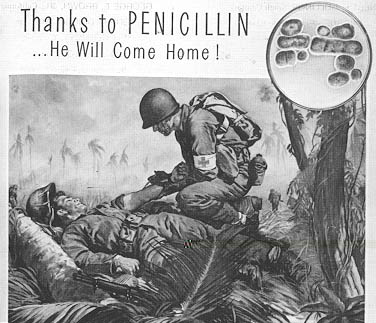 The number of writers forecasting humanity’s downfall before an onslaught of "supergerms" is countless. Most notorious is Newsday’s Laurie Garrett, who won a Pulitzer Prize in 1996 for her hysterical writing on Ebola virus – which kills fewer people yearly than malaria kills every two hours and tuberculosis kills each hour. She also gave us two hysterical and prize-winning") books on the imminent victory of microbe over man.

But it was always predictable (and in my case, predicted that she would be wrong for one simple reason: Germs don’t have intelligence and we do.

One grain of truth in the monster microbe scenario is that germs, especially bacteria, eventually become resistant to drugs. It’s hardly a new development in that resistance to the first true antibiotic, penicillin was observed just a few years after it was first used.

Still, there’s always a race to develop new drugs faster than germs can develop defenses. This is especially the case with bacteria lurking in hospitals. The Centers for Disease Control and Prevention estimates that every year 2 million Americans acquire infections in hospitals, of whom 90,000 die. About 70 percent of the hospital infections are resistant to at least one class of antibiotics.

Another truth grain is that pharmaceutical companies have been falling behind in this race. Development and approval of new antibacterial drugs has decreased by 56 percent over the past 20 years. But now this is all changing. Unfortunately, it won’t hurt Laurie Garrett on the speaking circuit but it will help the rest of us.

On June 17 the FDA approved New Jersey-based Wyeth Pharmaceutical’s Tygacil, primarily intended for skin infections and abdominal wounds. It’s especially useful against the common and drug-resistant bacteria Staphylococcus aureus, better known as "staph." But it’s a true broad-spectrum drug, applicable against a host of different bacteria – so much so that doctors can feel confident in administering it as a first-line treatment even if they have no idea what germ – or germs – they’re up against.

Tygacil is the first antibiotic approved in a new class called glycylcyclines, expressly developed to bypass the mechanisms that made bacteria resistant to the tetracycline family of drugs. 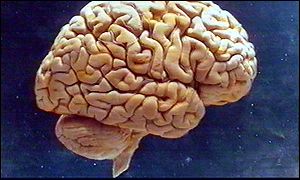 The major drawback of Tygacil is that it must be administered intravenously, yet that’s also a plus. Perhaps the main reason bugs develop resistance to antibiotics is that doctors overprescribe the drugs. They hand out pills like Pez candy because patients demand it. But patients don’t demand IVs; therefore limiting usage of Tygacil and probably greatly forestalling the day when it too leads to resistant strains.

But Tygacil is not alone in new and forthcoming antibiotics designed to tell germs: "Resistance is futile!" The injectable Cidecin from Cubist of Lexington, Mass., also targeted at nasty hospital infections, may soon receive FDA approval. Just four days before the approval of Tygacil, the FDA also gave the green light to Pfizer’s Zmax, an important new formulation of an older antibiotic. Zmax is administered with merely one dose rather than given over a period of seven to 10 days – an all guns blazing assault on bacteria that cause sinusitis and pneumonia.

"An antibiotic taken just once can address compliance issues and may minimize the emergence of antibiotic resistance," Dr. Michael Niederman, Chairman of the Department of Medicine at Winthrop University Hospital in Mineola, New York notes in a Pfizer press release. New Jersey-based Johnson & Johnson has two different broad-spectrum drugs in late-stage testing that are designed to overcome antibiotic resistance, ceftobiprole and doripenem.

The holy grail of anti-bacterial drugs is one to which bugs cannot become resistant. One step in that direction may be further development of bacteriophages (Greek for "bacteria eaters.") These are viruses that attach to the bacterial surface and inject their DNA, which replicates until the bacterium explodes. These phages evolve just as bacteria do. The same forces that select for resistant bacteria also select for viruses that overcome that resistance.

Meanwhile, take heart that although nobody will ever get a best-selling book out of it, the drug industry has awakened to the threat of antibiotic resistance and using a specialized tool called a "brain" is intent on defeating it.