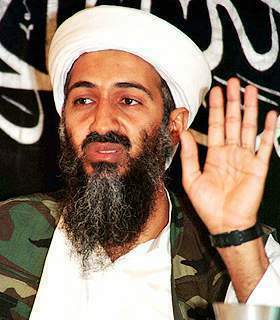 "Um, if it’s okay with you I’d rather fight the EPA than Homeland Security."

"War profiteers" are those who use military conflict to make a quick buck or push an agenda that would fail in peacetime. That describes various extremist environmental groups and their champion, New Jersey Democratic Senator Jon Corzine.

For over a decade these groups have tried to banish vital industrial chemicals, especially chlorine, with false and malicious claims about potential harm. Their effort failed. So now they’ve switched tacks and are trying to piggyback their agenda on the terrorist threat with Corzine’s legislation and its alleged purpose of protecting "the public against the threat of chemical attacks."

For example, rather than giving the Department of Homeland Security (DHS) sole charge of establishing and enforcing new chemical industry rules, Corzine would force the department to work in conjunction with the Environmental Protection Agency (EPA).

Yet the purpose of establishing the DHS was to pull agencies under a single authority for better coordination. Further, whom would you trust more to keep the bad guys out of a chemical plant, the FBI, CIA and the Coast Guard – or those "special ops" bureaucrats at the EPA? Parts of the Corzine bill look innocent enough unless you understand the parlance of anti-chemical legislation.

Thus, it calls for "high priority categories" to be designated "based on the severity of the threat." The first term means "spending a bunch more bucks to reduce potential risks," which might not be bad except that "severity of the threat" is entirely theoretical. It’s based on documents that environmentalists had earlier convinced Congress to force industry to prepare, called "Worst Case Scenarios."

Many of the presumptions for these scenarios are bizarre, such as the wind blowing in all directions at the same time. Neat trick, huh? Other presumptions include no obstructions such as buildings or hills, the perfect temperature for spread, and so on.

Yet the "reality scenario" is that in the past 80 years a billion tons of chlorine have been made in this country with no deaths outside any facility.

The bill also demands that, when feasible, facilities switch to "inherently safer technology." This is shorthand for drastically cutting the use of chlorine, about which Greenpeace’s Joe Thornton told Science magazine in 1993, "There are no known uses . . . which we regard as safe."

Never mind that thousands of products and materials are made with chlorine, or that over 98 percent of water supply systems that disinfect drinking water use chlorine because of its germicidal potency, efficiency and economy. It kills viruses, bacteria and fungi.

Without water chlorination, the number of U.S. deaths from horrible diseases such as cholera, typhoid, and dysentery would each day swamp the number killed by terrorists on Sept. 11.

About 85 percent of all pharmaceuticals contain or are produced using chlorine chemistry, including Cipro and other drugs that combat anthrax and other bioweapons.

No chemical plays a more important role in the war on terror. Water chlorination prevents spiking reservoirs with germs. Chlorine disinfected the offices contaminated by the anthrax mailings. Chlorine is used to make the bullet-resistant Kevlar that protects our soldiers and police officers, as well as aircraft, missiles, and rocket fuel.

Bin laden wants to destroy our economy. What better way to help him than irrationally slashing the use of chlorine products and their derivatives that contribute to 45 percent of the nation’s Gross Domestic Product. 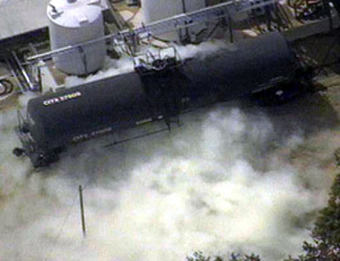 This rupture of a train car last year carrying 80,000 pounds of chlorine might on paper have killed thousands; in reality nobody died.

The Inhofe bill emphasizes not the restriction or banning of various "evil" chemicals but rather taking "security measures" to "reduce the vulnerability of the source."

It also gives sole jurisdiction to the DHS, which is fine by the EPA. "It doesn’t matter to us who takes the lead," Craig Matthiessen, associate director in the agency’s Chemical Emergency Preparedness and Prevention Office told me.

He notes that DHS would certainly employ EPA’s expertise both in prevention and in emergency response because, "Once there’s a discharge, it doesn’t matter whether it was accidental or terrorist-caused."

Further, only Inhofe’s bill pre-empts state open-records laws that might allow Osama and friends to discover exactly what safety precautions a facility has taken. Nobody would have access to secret information but the DHS itself and emergency response agencies – not even the EPA.

That’s whom Corzine wants to co-administer anti-terror regulations? Any congressman can introduce industry-bashing bills whenever he wants, but anti-terror legislation must be just that. You can’t play around when the enemy plays for keeps.