Erin Brockovich, which was No. 1 at the box office for a second week in a row, is a slick and enjoyable movie. The film tells the true story of Erin Brockovich, a legal assistant, who in 1993 lined up some 650 prospective plaintiffs from the tiny desert town of Hinkley, Calif., to sue Pacific Gas & Electric.

PG&E’s nearby plant was leaching chromium 6, a rust inhibitor, into Hinkley’s water supply, and the suit blamed the chemical for dozens of symptoms, ranging from nosebleeds to breast cancer, Hodgkin’s disease, miscarriages and spinal deterioration. In 1996 PG&E settled the case for $333 million.

The problem is that no one agent could possibly have caused more than a handful of the symptoms described. Chromium 6 in the water almost certainly didn’t cause any of them.

The Enviromental Protection Agency does consider chromium 6 a human carcinogen. But it’s linked only to cancer of the lung and of the septum. Further, as one might guess from these two cancers, it’s a carcinogen only when inhaled. Even then, research indicates it takes massive exposure over many years. What’s more, "it appears the problem has been associated with production of the compounds, not the actual use," says William Blot, who heads the International Epidemiology Institute.

Here’s what the EPA’s Integrated Risk Information System, updated in 1998, says about chromium 6: "No data were located in the available literature that suggested that it is carcinogenic by the oral route of exposure."

Exhaustive, repeated studies of communities adjacent to landfills packed with chromium 6, including that detectable in residents’ urine, have found no ill health effects, cancer or otherwise. A January report from Glasgow, Scotland, found "no increased risk of congenital abnormalities, lung cancer, or a range of other diseases." Earlier, a panel evaluating exposed residents near a New Jersey landfill estimated that "the plausible incremental cancer risk to individuals at residential sites would be substantially less than 1 in 1,000,000." 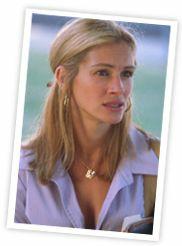 A study by Mr. Blot and others, just published in The Journal of Occupational and Environmental Medicine, evaluated almost 52,000 workers who worked at three PG&E plants over a quarter of a century. One was the Hinkley plant, and another is near Kettleman, Calif., where Ms. Brockovich’s firm is rounding up plaintiffs today. The researchers found cancer rates were no higher than in the general California population and death rates significantly lower than expected.

Given all this, why did PG&E cough up $333 million? For one thing, much of this medical evidence came in after the settlement. Further, Ms. Brockovich’s small firm enlisted high-powered trial lawyer Thomas Girardi, a specialist in toxic pollution suits. Slick lawyers and sympathetic witnesses could have cost the company much more at trial or arbitration.

Now Ms. Brockovich’s firm is representing some 1,500 other clients planning to sue PG&E. It’s profitable work for the lawyers, who collected $133.6 million in fees from the 1996 settlement, while Ms. Brockovich herself collected a $2 million bonus. Unfortunately, to do so she had to convince thousands of people that they’ve been poisoned for decades and will continue to suffer for the rest of their lives. We now know the scientific evidence doesn’t back her up.

Read a longer version of this article, "The Dark Side of Erin Brockovich" (The National Post, March 29, 2000) as well as "Errin’ Brockovich" (American Outlook, Summer 2000).

Read reactions to this article: