How a man who drank himself to death shamed a state health department into more transparent record keeping — and what it could mean for nationwide coronavirus mortality statistics. 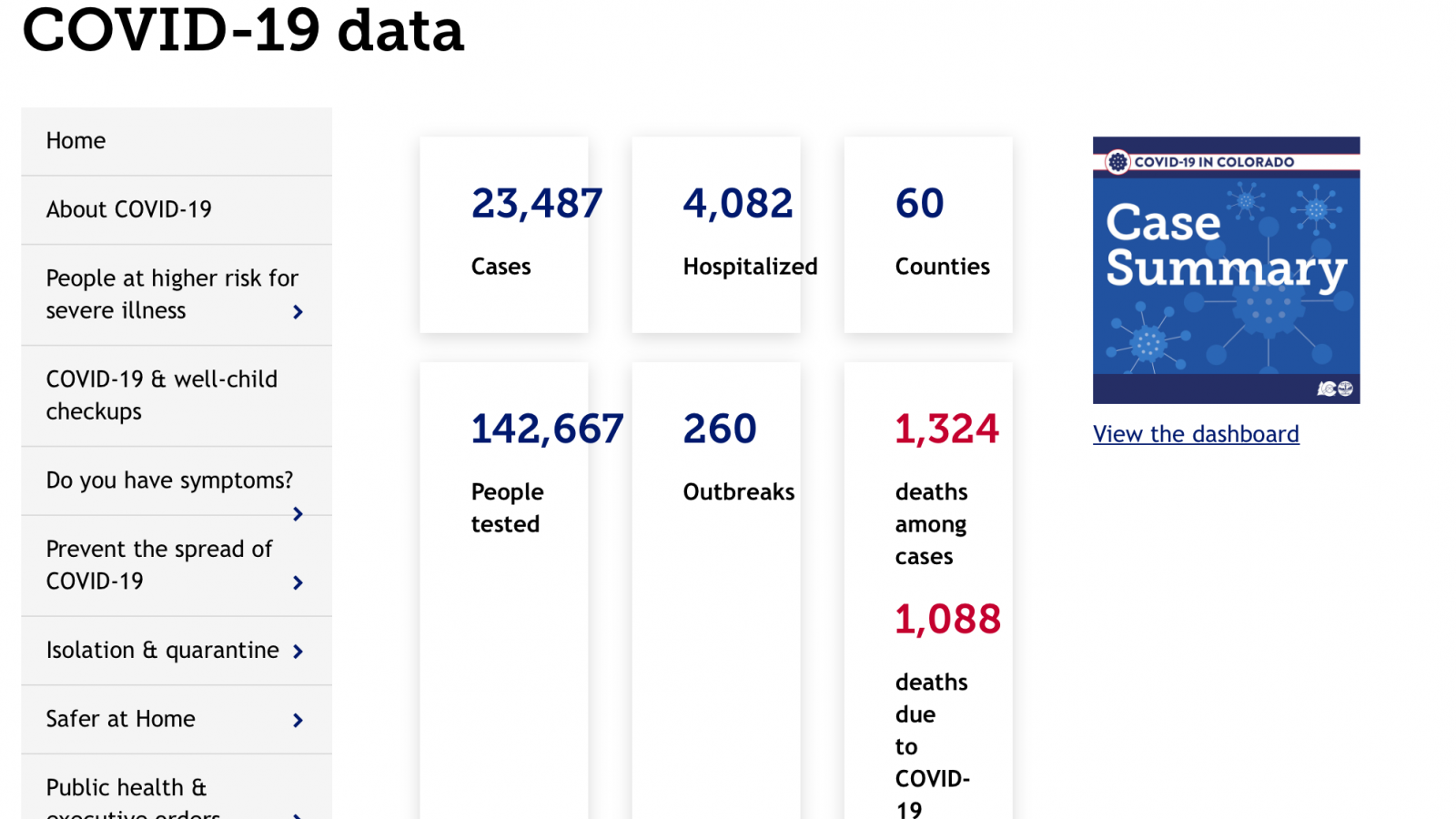 You may have seen the memes, such as “Man killed by shark dies of COVID-19.” Or the one with a guy hanging out of his windshield after a terrible accident and a reporter shoving a mike into his face asking, “Sir, can you tell us how you got COVID-19?”

Yet the darkly satirical memes are closer to reality than you might think. Indeed, one such event has shamed a state health department into more transparent public record-keeping — as well as helping to show how much coronavirus deaths have been exaggerated.

A male corpse was found in a Colorado park with a 0.55% alcohol level. That’s well above the lethal limit. The coroner declared cause of death as alcohol poisoning. But just as in those sardonic memes, the state’s Department of Public Health and Environment (DPHE) insisted on categorizing it as a COVID-19 death.

Previously, attending physicians at a nursing home had ruled three deaths as not related to the virus. But, again, the state insisted on classifying them as such anyway. Reasoning? All four of the deceased had tested positive for the virus.

The park death, however, was the last straw for GOP Representative Mark Baisly, who blew his top, and for the doctor who issued the death certificate for the poisoning case and went public.

“I can see no reason for this,” declared Coroner George Deavers, while Baisly threatened to demand criminal charges against Jill Ryan, the executive director of DPHE.

So now Colorado has switched to a dual recording system. It still keeps a broader category of “deaths among cases,” and the smaller category of “deaths due to.” But you have to go directly to its web site to see that. The number still reported to the CDC and thence to data aggregation sites like Worldometers or the Johns Hopkins Coronavirus Resource Center to count Colorado deaths and U.S. deaths remains “deaths among.”

The dual system essentially amounts to an asterisk. Nevertheless, the difference is marked. The “due to” category is about a fourth smaller than the “caused by” one. And there’s no reason to think it’s different in other states. So when the nation hits the 100,000 Covid-19 death mark soon, if you subtract 25%, it would still be proportionately far less than half the 1968-1969 “Hong Kong Flu” (H3N2) which killed an estimated 100,000 Americans at the time — or 170,000 when adjusted for U.S. population increase.

And no, the economy wasn’t destroyed and constitutionally protected civil liberties suspended for the Hong Kong Flu.

No other states have yet to follow Colorado’s lead. Pennsylvania temporarily dropped hundreds of deaths from the rolls after coroners complained it was fudging the data, then announced it would count “probable deaths” with confirmed and added them back. Full disclosure but…

The overcounting, in Colorado and elsewhere, is far more important than it might seem. The presumption is that the “due to” category means a positive COVID-19 test. It does not. The DPHE web site states that the more restrictive category “represents the total number of people whose death was attributed to COVID-19 as indicated on a death certificate. This number is determined by the CDC.” And the CDC explicitly does not require a positive COVID-19 test.

On March 4, the federal agency issued an advisory that in absence of testing, COVID-19 could be put on a death certificate “where the disease caused or is assumed to have caused or contributed to death.” So if the patient had other “comorbid” or pre-existing conditions that may actually have killed him or her, coronavirus can still be labeled the primary cause of death. Three weeks later it stated comorbid conditions could be listed on the certificate as contributory, but the primary cause of death would still be COVID-19, and that’s what would go into the databases.

So in the extreme, the patient could have been suffering from heart disease, diabetes, morbid obesity, asthma, and lung cancer, and even without a COVID-19 test the primary cause could be listed as COVID-19. The change is so important that literally overnight New York City reported an extra 3,700 “COVID-19” cases that shocked the entire nation. It was all a definitional artifact; none had been tested for the virus.

Even the architect of the systematic world lockdowns, British professor Neil Ferguson, whose unpublished and unreviewed “computer model” of as many as 2.2 million American deaths without drastic action set off lockdowns around the world, later admitted that as many as two-thirds of those listed as coronavirus deaths might die before the end of the year anyway. So it’s more than just possible that the vast majority of the time COVID-19 either played little role in the death or perhaps slightly hastened death.

The U.S. is not alone in its loose definition of coronavirus deaths. If anything, the WHO is even more insistent on pushing the virus as the cause of mortality, saying it shall be used, even without testing, “unless there is a clear alternative cause of death that cannot be related to COVID disease (e.g. trauma).” So we can eliminate flying through a windshield, but otherwise we’re going with covid.

But nobody is required to use the WHO definition. According to the head of the White House Task Force Deborah Birx, in some other countries “if you had a pre-existing condition and let’s say the virus made you go to ICU and then got a heart or kidney problem … they would register that as a heart problem or a kidney problem and not dead from COVID-19.” But in the U.S., “Right now … if someone dies with COVID-19, we count it as a COVID-19 death.”

Ultimately the CDC can recommend, but it cannot force. So why would health departments and those responsible for signing death certificates favor listing COVID-19 as the cause of death over equally plausible or perhaps more plausible alternatives?

One explanation is “availability bias.” COVID-19 is absolutely everywhere in the news. Last year a cough or a sneeze was considered a cold or allergy; now we jump because … medical professionals, like others, are apt to find what they were primed by preset attention to expect.

Another reflects what Elizabeth Pisani, a former epidemiologist for the WHO and other agencies, has called “beat-ups,” as in “beating up the numbers.” In her book, The Wisdom of Whores: Bureaucrats, Brothels, and the Business of AIDS, she says of drastically inflated predictions, “We did it consciously. I think all of us at that time thought that the beat-ups were more than justified, they were necessary” to get donors and governments to care.

There has been a lot of confusion about hospitals and caregivers being paid more for declaring a death coronavirus instead of flu or anything else, and some information is false. The reality is that under the “CARES Act” signed in March, the Medicare program that covers Americans over age 65 does pay a 20% premium if a case is declared COVID-19. The precise dollar amount depends on various factors, but obviously collecting an extra one-fifth for filling out a form with one disease instead of another must be tempting. Now add that a full 80% of U.S. COVID-19 deaths are among those age 65 and over and clearly this may have a huge impact on deaths reported.

Ultimately, it will take some extremely detailed studies to have a good idea of how many true deaths the nation has suffered “due to” COVID-19. But there is already strong reason to suspect the figure is highly inflated, partly due to intent, and therefore the official CDC death toll may not be particularly useful for government policies.