“A deliberate fraud.” That’s what the British Medical Journal, one of the world’s most prestigious periodicals, has just written of the study that kicked off the current anti-vaccine movement. It’s “clear evidence of falsification of data should now close the door on this damaging vaccine scare” it said in a heavily documented editorial.

The lead author of that study, which also appeared in one most respected medical journals, The Lancet, was British physician Andrew Wakefield. And its consequences include millions of terrified and confused parents, large drops in vaccination rates, and death.

Many people, including me, have spent years puncturing his claims and those of his acolytes in the anti-vaccine movement. But the media thrive on sensationalism and cults are famously immune to evidence. Anti-vaccinationists operate more than 180 Web sites claiming there’s a Massive World Wide Conspiracy that, inexplicably, gets its thrills making kids sick. They routinely shower critics with hate mail and threats, causing some Public Health Service officials to quit their jobs in fear.

Further, while this “deliberate fraud” has been exposed, others continue to go unchallenged, or worse, get trumpeted by reporters and others who should feel a bit more responsibility when the stakes are literally life and death.

Wakefield’s 1998 Lancet article, comprising a grand total of 12 (twelve) children claimed to find a link between the neurological disorder autism and the MMR vaccine (measles, mumps and rubella). Trumpeted by activists and a sensationalist media, after the article appeared vaccination levels fell in both the U.K. and here, while the diseases they prevented surged. "One person’s research set us back a decade and we’re just now recovering from that," Mark Sawyer, a pediatrician and infectious disease specialist at Radey Children’s Hospital in San Diego, told me.

That “research” never did match the evidence. Autism rates have been rising dramatically, but the increase appears to be almost entirely the result of more diagnoses because of increased surveillance and a broadened definition. This is true of many disorders such as sleep apnea, which “increased” 12-fold in just nine years. 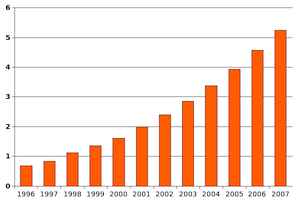 The use of thimerosal in U.S. vaccines ended in 2001. Changes should have appeared within 2-3 years. You can see the effect, or lack thereof. Source: Wikipedia, with counts of children diagnosed with autism for each year from Table 1-9 of IDEA Part B Child Count (2005) and from Table 1-11 of IDEA Part B Child Count (2007). These were divided by census estimates for U.S. resident population aged 6–17 taken from US census estimates for 1990–1999 resident population by age and the similar estimates for 2000–2007; for all years, the September population estimates were used.

Published evaluations of children in Sweden, Denmark and Canada have shown that after activists forced the discontinuation of thimerosal use autism diagnoses in those countries continued to increase. Here thimerosal was removed from all childhood vaccines in 2001 (except flu shots, which contain a trace amount), and—yet again—autism diagnoses keep rising at the same rate.

The alleged MMR connection to autism has fared no better.

Meanwhile, Wakefield’s reputation in respectable medical circles has fallen through the basement floor.

Save your tears for the real victims. California is suffering its worst pertussis (whooping cough) outbreak since 1947, with about 8,000 cases last year. In the 1980s, there were just a handful annually. Sixty percent of those hospitalized have been infants. Ten have died. 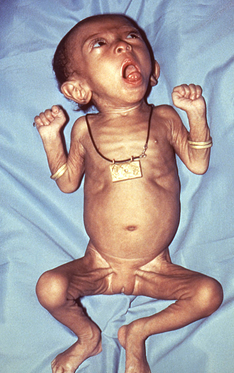 This is the face of pertussis. A California outbreak still underway claimed 10 lives last year.

How tragic that everybody from The Lancet to the media to all those anti-vaccine groups, in the words of Britain’s GMC acted so “irresponsibly” and sometimes “dishonestly,” thus spreading Wakefield’s lies.

Unfortunately, while this subject is getting tremendous attention, most fraudulent science, no matter how great the financial and human costs, goes undetected or if somebody does do an expose it’s simply ignored.

Last year the World Health Organization, having exaggerated the world AIDS problem by 12-fold, then SARS, and then spent four years terrifying us over avian flu (Remember avian flu?), converted the mildest flu strain in decades (swine flu H1N1) into the first flu pandemic in 41 years simply by rewriting the flu pandemic definition. Aiding it was a study in Science magazine that completely misrepresented the citations it used as authority.

Likewise, San Francisco last year became the first jurisdiction in the country to put warning labels on cell phones, influenced in great part by a series of studies published in peer-reviewed journals alleging they cause brain tumors. Yet they’re all by a single environmental activist and totally fly in the face with the main body of research. Plus the city relied on an Environmental Working Group paper that used citations saying exactly the opposite of what the report claimed.

Even when a study’s methodology is fine, the accompanying press release often does a 180 spin—and perception is all that counts.

Thus, in 1998, researchers working for the WHO published a massive study on passive smoking that actually showed a statistically significant reduced risk for children of smokers, along with no increased risk of spouses and co-workers of smokers. Naturally Big Tobacco touted it, whereupon the WHO, instead of saying flukes happen, released a statement declaring: “PASSIVE SMOKING DOES CAUSE LUNG CANCER, DO NOT LET THEM FOOL YOU .”

Why does fraudulent science thrive? Better to ask, “Why not?” It pays. Even when the fraudsters get caught they often laugh all the way to the bank. Wakefield in salary alone receives over $300,000 a year from an anti-vaccine group. And he satisfies his loyal minions by simply saying of the BMJ editorial that his findings have been “replicated in five studies around the world.” In fact none of them show an MMR-autism link.)

Meanwhile, society pays the price in fear, suffering, and death. In other words, all that’s different here is that fraudster was exposed. Otherwise, it’s business as usual.