Is the AIDS epidemic spreading? The answers to the question are as much political as medical, as Michael Fumento has been learning—at some cost.

It doesn’t pay to be the bearer of good news. Since 1987 Michael Fumento has been trying to spread the reassuring word that AIDS is not going to carry off millions of Americans, that AIDS will not devastate the heterosexual population, that AIDS is not the late-20th-century version of the black death.

As a result, Fumento has lost his job as AIDS expert at the U.S. Commission on Civil Rights, had a juicy fellowship offer rescinded and been told he is not a nice person. Maybe the next time he opens his mouth he’ll stick with something politically nonexplosive like, say, lupus.

Fumento is the author of the forthcoming book The Myth of Heterosexual AIDS, to be published this fall by New Republic Books. His thesis is that AIDS, while a dread disease, is not another bubonic plague. Moreover, it argues, AIDS is not a disease that is easily transmitted, meaning the universe of Americans likely to be infected by it is clearly circumscribed.

An attorney, he was working as a legal affairs writer for the Washington Times in late 1987 when he published an article in Commentary magazine ("AIDS: Are Heterosexuals at Risk?" ) declaring that AIDS would never become a serious threat to heterosexuals. This was a daring statement to make at a time of nationwide AIDS hysteria, but a good career move, because, according to Fumento the Commission on Civil Rights was looking for a right-wing AIDS specialist, which is harder to find than a left-wing state trooper. So Fumento landed a job with the commission. 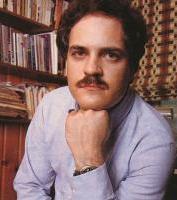 In 1987, Michael Fumento began a career of taking on the mythmakers.

Fumento, who describes himself as a "Burkean conservative," was surprised to discover that the excitement over AIDS wasn’t just a liberal cause. After a few months on the job he penned a New Republic piece ("The Political Uses of an Epidemic: The Conservative Movement and The Tragedy of AIDS") arguing that monogamy buffs in the Reagan Administration were using AIDS as a tool to terrify sexually adventurous Americans with a "chastity or death" message. They wanted to add to the anxiety for reasons of their own. As a result of the article, he was relieved of his AIDS chores and banished to insipid fact-checking. And the think tank that was supposed to be giving him a fellowship had second thoughts. He eventually drifted off to write "The Incredible Shrinking AIDS Epidemic" for the American Spectator, a riveting article that he is expanding on in his book.

It promises to be a corker. Essentially, Fumento denounces as "worthless" and "garbage" most of the projections about the size of the AIDS epidemic, noting that some of the information disseminated in the press has been provided by crackpots, while a great deal of the statistical data generated by the Centers for Disease Control is high-class guesswork.

Fumento is even more critical of Surgeon General C. Everett Koop, whom he accuses of contributing to the AIDS panic by citing irresponsibly ominous statistics.

"I’ve thought about Koop for a long time, and the best word I can come up with for him is ’bewildered,’" says Fumento. "He came in and expected to wage war against cigarettes and poor nutrition and things like that; he had no idea that this thing [AIDS] was going to come down the pike."

Fumento argues that new infections among homosexuals have dropped dramatically because word about AIDS is out, while the number of drug users left to be exposed has topped out because there are only so many drug users and partners left to contaminate. Citing data compiled by Alexander Langmuir, former chief epidemiologist at the CDC, Fumento believes that the number of Americans who will have contracted AIDS by 1992 could be as low as 200,000 — far lower than the Rand Corp.’s estimate of 400,000 to 750,000.

This is a genuinely terrifying number, but it is dwarfed by the number of people who will die of cancer and heart disease in the next few years. Fumento fumes that precious intellectual resources are being diverted to AIDS research from diseases that are more menacing to society as a whole.

Fumento feels that alarming projections about the spread of AIDS into the heterosexual population served the interests of several groups. One group was journalists, who revel in nightmarish stories and are willing to cite the most dire statistics, even when the numbers are supplied by "experts" with dubious credentials, or by certain organizations whose epidemiological prowess is in question.

For gays and many liberals, the disease has become a political rallying point, and, as Fumento learned, some people on the right are cynical about exploiting it, too.

This article made AIDS activists see red. They later picketed the Forbes building, demanding a retraction.

Fumento says that AIDS activists, quite intelligently, decided early on to shout their message at the very highest pitch. "It’s a bumper sticker disease," he remarks, suggesting that scaring the daylights out of white, middle-class suburbanites may have been the only way AIDS activists could have corralled the dollars needed to combat a disease whose principal victims are socially unfashionable black females and homosexuals. A veritable geyser of unpopular opinions, Fumento says that if a recent Kinsey Institute estimate is correct, gays do not make up 10% of the U.S. population, as is commonly claimed, but something more like 4%. Obviously, this would diminish gays’ political clout.

Politics aside, if Fumento is right, brokers and investors ought to stop playing the find-the-AIDs-cure game. A lot of people think an AIDS cure will be a gusher for the drug company that manages to devise it. But Fumento isn’t so sure.

"AIDS will go down from an epidemic to an endemic level by 1996," says Fumento. "If someone had come up with a ’cure’ a couple of years ago, he would have been hailed as the next Jonas Salk. But now, when an AIDS vaccine is discovered, people will say, ’Oh, that’s good, that’s great, that’s a good thing.’"