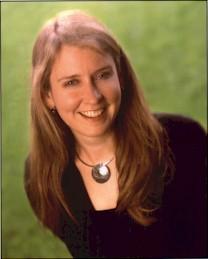 The Very Important Conservative had read the October 1995 issue of Reason Magazine and had only one comment: "You had that eight-page article on breast implants." He has a very expressive voice, ironic and amused, so while he didn’t actually roll his eyes, it seemed as though he had. And the reaction made a certain kind of sense. Eight pages is indeed a long article, especially when it’s full of science talk.

In the heady days of the Gingrich "revolution," with Republican realignment one critical presidential election away, breast implants may seem both silly and dull — a subject of interest only to bimbos and nerds. Very Important Conservatives, and their less important friends, have much more serious, much more interesting concerns.

Or so they think.

Breast implants are in fact neither dull nor silly. They are a lot more important than what sort of art the National Endowment for the Arts funds or whether it even exists. More important than a $500-per-kid tax credit or a capital gains tax cut. More important than the survival of the Commerce Department, the future of public television, or whether the U.S. embassy moves to Jerusalem. More important, in other words, than 95 percent of the issues that consume the conventionally wise on any given Washington day.

To understand why, however, you have to think about a future beyond the New Hampshire primary, Internet hype, and next month’s mortgage payment. Right now, breast implants symbolize the power politics of the Food and Drug Administration and the breakdown of the tort system. This is a nice, comfortable significance that even Washington understands, one that generates money for think tanks working on legal reform. It makes a terrific Fortune cover story. And it is, indeed, worth pointing out.

There never was any credible evidence linking implants to major diseases. Yet juries made multi-million-dollar awards to women claiming they’d gotten sick from their implants, and the FDA imposed a moratorium on most sales. (Post hoc ergo propter hoc is the first fallacy they teach in logic, but just try getting on a jury if you’ve ever studied logic.)

Now we have good evidence that implants don’t cause the maladies for which they’ve been blamed. And the exculpatory studies keep coming; two new ones were presented at the annual meeting of the American College of Rheumatology. On October 22, that group issued an official statement declaring that "studies provide compelling evidence that silicone implants expose patients to no demonstrable additional risk for connective tissue or rheumatic disease.

Anecdotal evidence should no longer be used to support this relationship in the courts or by the FDA." But neither juries nor the FDA are listening to the experts.

Exactly one week later, in fact, a jury in Nevada awarded $4.1 million to a woman who claimed she’d gotten immune-system and neurological diseases from her implants. The defendant, Dow Chemical, hadn’t even made the implants; it had just done general studies on silicone for Dow Corning, a joint venture with Corning Glass Works. It’s as though the Simpson jury had convicted Kato Kaelin, Rosa Lopez, and that famous barking dog. Proximity was more important than proof.

Meanwhile, the war on implants is causing collateral damage. Silicone itself has become a casualty. Science suggests it’s a benign, useful substance, vital to all sorts of medical products. Jury awards say otherwise. So products that use silicone from brain-fluid shunts to artificial joints are in trouble. Supplies are drying up, going only to wealthy manufacturers that agree to assume the risk of future litigation. And even they pay dearly; prices have risen as much as 700 percent.

This is all very odd. After all, people claim all sorts of things make them sick, and some times they even hire lawyers. Some of the alleged culprits are products of modern technology: synthetic fibers, computer keyboards, power lines.

Rarely, however, does the tort bar succeed in turning such allegations into huge awards. And even more rarely does it get the de facto support of the FDA.

Something different is going on with breast implants: They are frivolous, and they are biological. They are overt attempts to overthrow nature, to use the mind to reshape the body, to alter genetic destiny without giving a good reason. They are not "vital needs," like fibers, key boards, or electricity.

In 1990, I gave a rambling, not-terribly-good speech at the Heritage Foundation. The subject was green ideology. In passing, I predicted an inevitable legal attack on cosmetic surgery: too artificial, too unnecessary, too risky, too destabilizingtoo much like every other ambitious creation of dynamic technological culture.

If you exalt "nature" and crave stasis, you cannot allow such creations to go unchallenged. Our static reactionaries would get to plastic surgery sooner or later, of that I was certain.

Two years later, I spent my birthday defending breast implants on Crossfire. We will see more such challenges. As scientists and inventors push the frontiers of biology, what people want (and can get) and what technocratic paternalists approve will increasingly diverge. Beauty is not a value recognized by the FDA. Neither is excellence or autonomy.

Traditional medicine and its regulatory progeny disapprove of risks, except to restore what’s "normal." When cosmetic surgeons tried to define flat-chestedness as a diseasethe better to cram breast augmentation into the healer paradigm they looked like manipulative fools. Their article became a smoking gun to feminists who saw implants as a patriarchal plot.

But the very attempt shows what’s "wrong" with implants in the eyes of the law: They’re designed not to fix a disease but to improve what’s normal. Repair is OK; improvement isn’t. That’s why the FDA still allows silicone gel implants for post-mastectomy reconstruction.

Yet normality is, to a great extent, in the eye of the beholder. For millenia, infertility was a curse, a condition that made women worthless. Now we spend millions to induce it, with surgery and pills, shots and implants. We want control of our bodies; nothing could be more humanor more abnormal. Norplant is next on the tort lawyers’ lists. If they succeed, no one will bring new contraceptives into the American market.

Change is a beautiful thing," says the ad for disposable color contact lenses. The model’s green eye becomes brown, blue, violet. "Even if your vision is perfect. Anytime the mood strikes you," suggests the ad. "Change is free...Change is good."

Change will get you in trouble. Change is what this whole debate is about. Contact lenses are dangerous. I know this from painful personal experience a scratched cornea almost certainly brought on by sleeping in disposable extended wear lenses. Those lenses are among the greatest inventions of the late 20th century. And I still sleep in mine, happy that when I awake in the night the world will not be a blur.

Isadore Rosenfeld does not approve. Dr. Rosenfeld is, fortunately, not a federal regulator but the medical columnist for Vogue. He declares that three of the four specialists he consulted say sleeping with such lenses in "is not safe." "My own position," Rosenfeld writes, "is that removing the lenses at night takes no more than a minute or two, and, after all, you don’t need them while you’re sleeping (unless you’re having nearsighted dreams)."

This is the attitude that rules our public policy: A distant doctor decides for the rest of us that the hazards are great and the benefits trivial, that people who sleep in their lenses are ignorant or lazy. He suggests that safety is an absolute, that he can declare a product "not safe." And he assumes that he has all the relevant information needed to determine whether I, someone he has never met, should sleep in my contact lenses. It is a short step from such attitudes to a product ban. Hence the fate of breast implants.

Right now these issues sound trivial, concerned as they are with eye color or breast size, the stuff of fashion magazines. Perhaps if intelligence were at issue, or height, or baldness, or skin color, or longevity perhaps then Very Important People would care.

Those days will come and soon. The Biological Century is upon us, as Greg Benford noted in these pages. (See "Biology: 2001," November 1995.) The body, not the Internet, is the next frontier. We are extending control over life itself, over our lives ourselves. That control will, undoubtedly, have some unintended consequences, and bring some tragedies. That is in the nature of things, the nature of life. But so is the attempt to better nature, to bring the born into the realm of the made, to assert human ingenuity against chance.

The debate over breast implants is only incidentally about the venality of lawyers or the benefits of a C cup. It is about who we are and who we may become. It is about the future of what it means to be human. Pretty dull stuff by Washington standards.