The "Toyota defense" just sprung a killer from prison. Ironically, it did so just days after a whistleblower revealed that the government is sitting on powerful evidence undercutting the whole "the throttle made me do it" excuse.

Four years ago, Koua Fong Lee sped down a St. Paul, Minn., freeway off ramp at between 70 and 90 mph in his 1996 Camry. He struck two vehicles waiting at a stop light — instantly killing Javis Adams, 33, and his 10-year-old son, Javis Jr. Another passenger, 6-year-old Devyn Bolton, was left paraplegic and later died from her injuries.

Lee claimed that he was "stepping on the brakes as hard as possible," but mechanical engineers examined the car on behalf of both the state and the defense—and, according to the prosecutor, both found the brakes were operating and there were no problems with the accelerator. Plus, there were no skid marks. 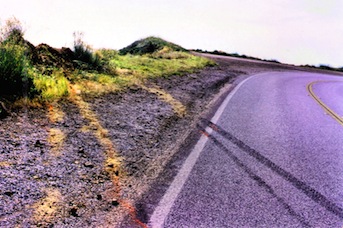 This photo of my own accident site shows that anti-lock brakes very much do leave skid marks—but only if you really use the brakes.

Lee was convicted of criminal vehicular manslaughter and sentenced to eight years in prison. But ultimately he served only 2½.

His lawyers used the recent hysteria over "sudden unanticipated acceleration" in some Toyota models to get a judge to order a new trial — and prosecutors, eyeing a media nightmare, opted to just let him go. Never mind that no Toyota recall related to sudden unintended acceleration concerned pre-2000 models like Lee’s.

His lawyers had an "expert witness" testify there were no skid marks because Lee’s Camry had anti-lock brakes. Yet when my own car equipped with such brakes shot off a Pacific Coast Highway cliff back in 1993 it left skid marks visible for years. In fact, anti-lock brakes merely reduce the length of the marks by about a tenth.

They also rounded up testimony from 10 other people who claimed to have had runaway experiences in a 1996 Camry. But that proves nothing — because such complaints are rampant.

I found more than 2,000 sudden-acceleration complaints about 1996-model vehicles in the National Highway Traffic Safety Administration records through yesterday — yet only 86 concerned any Toyota. That’s versus 294 for the Dodge Caravan alone. In fact, NHTSA has gotten 1,800-plus such complaints from non-Toyota owners just this year.

No matter: The testimony was enough to get Lee out of jail free. 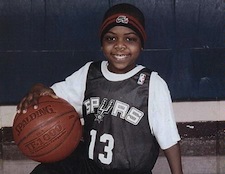 Javis Adams Jr.: His killer is freed, but he's still quite dead.

Maybe it wouldn’t have — if the NHTSA hadn’t been keeping that report under wraps. We know about it thanks to recently retired NHTSA official George Person. He says it shows that the cause of most Toyota crashes that have been blamed on sudden acceleration in fact entail what the agency quaintly labels "pedal misapplication" — that is, mistakenly hitting the gas instead of the brake.

The Wall Street Journal reports he said that, out of 40 Toyotas the NHTSA tested that allegedly crashed because of sudden acceleration, "black box" data recorders showed only 23 had actually done so. And in all those cases, the throttle was wide open and the brake was not depressed at the moment of impact.

NHTSA insists the report is still under review; a better explanation is that congressional demagogues, trial lawyers and the media have cowed the agency by accusing it of going too easy on Toyota.

Fact is, the NHTSA might have ended the hysteria long ago by clearing up media-promoted misconceptions. For starters, as I’ve reported in Forbes, it should explain that its so-called "complaint database" is actually just a collection of anecdotes: Anybody can enter anything they want about any vehicle.

For example, the official database includes an entry that I made to prove the point: It tells of a vehicle that, due to a child-seat problem, accelerated to 999 mph and went to the moon.

The NHTSA plays to the media by regularly "reporting" the number of deaths allegedly linked to Toyota sudden-acceleration, now up to 93, without pointing out that many claims are plainly absurd. Ten deaths, for example, were originally blamed on other aspects of the cars — but later simply changed to unintended acceleration. In one, the driver is charged with being drunk as a skunk when he killed his best friend. Many "claims" aren’t complaints but are merely comments.

I even found three death claims in which the accidents never happened. In one, a poor guy was allegedly tugging at his floor mat to release the throttle. But the police have no record of it.

Research shows driver error contributes to over 99 percent of all car accidents — but naturally lots of people prefer to believe otherwise. In fact, many of the Toyota "alleged death" entries actually admit that investigators concluded driver error was at fault — but the person making the entry feels that unintended acceleration was obviously the real cause.

Readers may be shocked to hear that of those 93 alleged deaths, the NHTSA officially gives credence to only five — four in one accident. It’s time for the NHTSA to explain why.